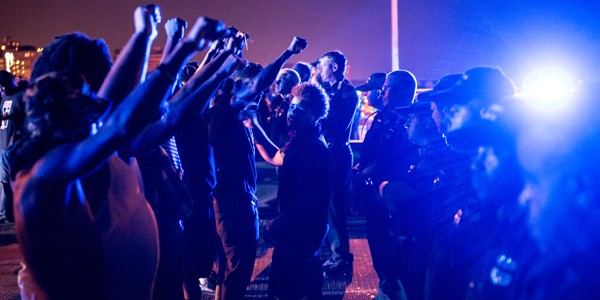 A coalition of local nonprofit leaders wrote an open letter to local officials and business leaders, listing steps to address police issues and poverty in the city.


The letter, signed by more than 100 leaders of nonprofits here, lists eight demands related to police brutality and accountability, as well as five demands for tackling poverty in Memphis.


“We have come together as black leaders of the nonprofit space to amplify the cries and demands heard in our streets and around the country,” the letter reads. “Joined by our non-black colleagues in leadership, we demand more of our city’s leadership. We see the direct impact of racism and oppression daily.”


Specifically, the letter asks the following:


• Release all of the protesters that were arrested and drop all charges; investigate law enforcement brutality and misconduct during the recent protests


• Give the Civilian Law Enforcement Review Board (CLERB) the power to investigate and ensure accountability for police conduct and provide clear avenues for CLERB’s input on police training, policies, and procedures


Next, the letter lists five demands to address inequality and poverty, explaining that the systemic issues go beyond policing.


“From education to wages, we have constructed and perpetuated a system that keeps our residents in poverty,” the letter reads. “We call on leadership in all sectors — government, nonprofit, and corporations — to adopt an agenda that addresses these issues. It will require doing businesses differently and centering the lives, dreams, and concerns of all of our residents.”

The specific asks include:


• Renew investment in K-12 in the city budget


“We believe deeply that the leadership in our city wants a city where all residents are treated with dignity and humanity and are provided opportunities to become thriving citizens,” the letter reads. “For us to get there, we ask the leaders in government and business to respond to these demands with clear commitment to ACTION.”


The letter calls for the recipients to respond with clear action steps by June 26th. Read the full letter and see the list of signees below.