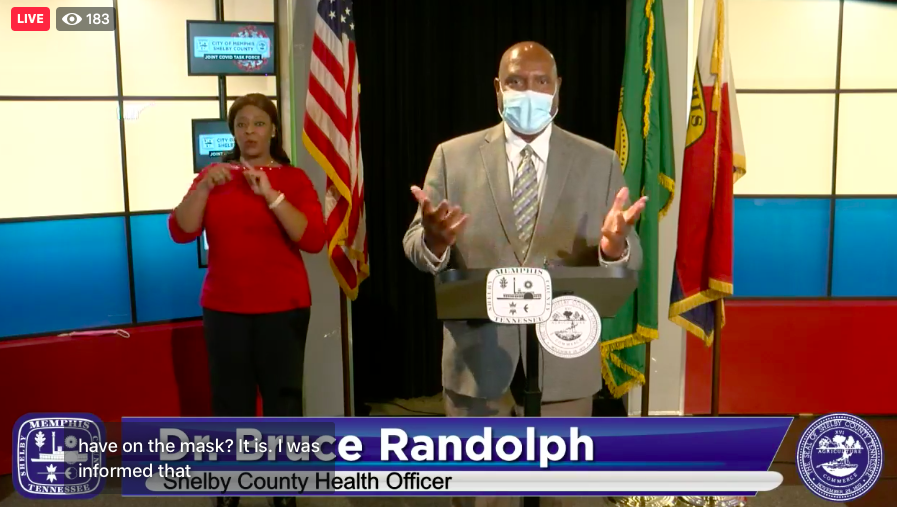 Bars, prisons, and nursing homes may see added restrictions in the next few days to stem the swell of positive virus cases in Shelby County.

Now, nearly 10.3 percent of tests for COVID-19 are coming back positive. That translates to new daily cases of around 200-300 people.

Shelby County Mayor Lee Harris said Tuesday he hopes to avoid a return to Phase I of the Back to Business plan, which limited capacity at businesses around the county. However, additional measures may be added soon to help stop the virus’ spread.

When pushed to describe the measures, Harris said there were “several things under consideration” but new restrictions may be ahead for bars and places “where you see a lot of social activity.” Harris did not detail any new restrictions that may come.

He also said prisoners “need protection,” after rolling out a slate of new protections for them at correctional facilities under the county umbrella. Finally, nursing homes may get new restrictions, as they are the source of 40 percent of the county’s deaths, he said.

Harris said his administration is also now checking with state officials on whether the county has the authority to mandate the wearing of masks. Talks on the topic are new, he said, but “right now we do not believe the county has the that authority and [the county] only has it if the state tells us that.”

“We’re in the yellow zone but not deeply in the yellow,” he said. “We’re concerned but not panicking and we’re maintaining a watchful eye [on hospital capacity].”

Randolph opened and closed the day’s briefing of the Memphis and Shelby County COVID-19 Joint Task Force with a note about the upcoming Independence Day holiday. He urged citizens to follow safety procedures like wearing a face mask or covering, washing your hands, and maintaining social distance.