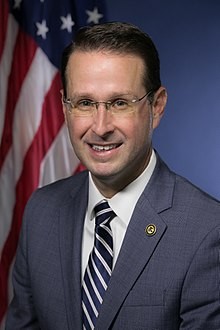 “The most basic responsibility of government is to protect the safety of our citizens,” said Attorney General William P. Barr. “Today, we have extended Operation Legend to Memphis and St. Louis, two cities experiencing increases in violent crime that no resident of those cities should have to accept as part of everyday life.”

The move will lead to 40 federal investigators from the FBI, DEA, ATF, and Homeland Security Investigations Unit being deployed in the city, 26 of which will remain in Memphis for the foreseeable future.

The federal investigators will be working with ongoing investigations through the Multi-Agency Gang Unit, the goal of which is to combat violent gangs, gun crime, and drug trafficking organizations.

The Bureau of Justice Assistance has also pledged $200,000 to support Operation LeGend’s violent crime reduction efforts in the city of Memphis, in addition to a prior grant award of $1.4 million to Shelby County to help bolster their law enforcement infrastructure.

Memphis has experienced a significant increase in violent crimes over the year with homicides in the city up 49 percent since 2019. The Shelby County District Attorney General stated that Memphis has a “public health crisis” as well as a “public safety crisis.”

“In the midst of a public health crisis, we are dealing with a public safety crisis. This help from our federal partners will mean justice for more families devastated by all of this violence. For that I am grateful. But for lasting change, we need the community to do more. We need a coordinated community reaction to the disturbing number of murders —- to the number of children we have buried. We need everyone to do their part to combat the growing number among us who embrace violent behavior.”