Public Weighs In on TVA, MLGW

Environmentalists pushed for more renewable power, and critics of the Tennessee Valley Authority (TVA) pushed for any move that would unlink the utility with Memphis Light, Gas & Water (MLGW) during a public hearing on the future of the two on Monday.

In late May, MLGW unveiled its integrated resources plan (IRP). The plan will serve as a guide for MLGW’s long-term power supply. Monday’s public comment session came after two years of study on the situation. The MLGW board will get a recommendation Wednesday from its president and CEO J.T. Young on the IRP on Wednesday. A board vote later could allow MLGW to issue a request for proposals (RFP) from other energy providers. Those proposals would show how much MLGW could really save by moving to another energy provider.

The top question to be determined is whether or not MLGW keeps on getting its power from TVA. The Memphis area is TVA’s largest customer, though the utility has been criticized for investing more in communities around its Chattanooga headquarters than it has here. Others have criticized TVA for its reliance on fossil fuels and nuclear power and what they say is the utility's small portfolio of renewable energy options.

MLGW hired Siemens to determine if it should leave. Siemens found that leaving TVA and getting power from the Midcontinent Independent System Operator (MISO) could save MLGW $130 million per year. Other groups and agencies have studied the savings and found that the savings could range from $220 million to $450 million each year.

Some residents supported TVA Monday. Cathy Pope, the new executive director of the Mid-South Food Bank, said TVA “is concerned with feeding our children” and helped her establish a school pantry in a low-income neighborhood. Jared Bulluck, senior director of operations for Leadership Memphis, said TVA has invested in his program and encouraged MLGW to keep them.

Mavin White said TVA is mandated to support economic development, and that’s important to him as a business owner. Beth Wilson said she was concerned about the transmission lines that could be run over the Mississippi River if MLGW chose another power partner, calling it a “risky and unknown path.”

Members of the Sierra Club spoke more for a push to renewable energy than to the TVA decision directly.

“The IRP clearly shows that Memphis is better off investing in renewables — solar, in particular,” said Scott Banbury, Tennessee chapter conservation programs coordinator for the Sierra Club. “That should be MLGW’s main concern, regardless of who we get our power from."

Organizations were allowed to present to the MLGW board Monday.

Karl Schledwitz, the chairman and CEO of Monogram Foods, is also a founding member of a group called There’s a Better Way Than TVA. He said he was glad TVA gave to the food bank, but that kind of investment here is new.

While the city and TVA have an 80-year relationship, “Memphis got ignored for the first 78.” He said he once asked TVA for money for the Memphis Zoo, as it had given funds to similar projects in other cities. Then-MLGW-president Herman Morris told him “TVA won’t return our phone calls.”

Schledwitz said moving away from TVA could save between $200 million-$450 million, depending on different projections. This would also reduce electric bills here, he said. Shelby County Schools could save $5 million from its now-$25-million annual electricity bill. The city of Memphis could save $800,000 each year, he said.

Schledwitz also criticized the salaries of TVA employees, noting that the utility’s CEO, Jeff Lyesh, has a total compensation package worth $8.1 million, making him the highest-paid federal employee. He also noted that TVA recently bought a new helicopter and has two jet aircraft. 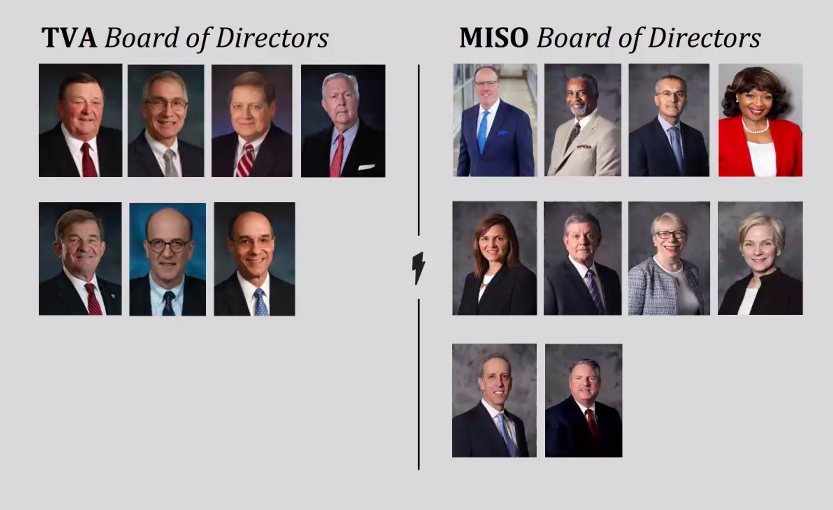 "TVA recognizes the importance of this moment — and has issued an ultimatum: If MLGW issues an RFP, it will take its offer off the table," said Maggie Shober, director of utility reform for the Southern Alliance for Clean Energy. "We were frankly surprised by this tactic, but on a closer look, it shows how terrified TVA is of Memphians learning how truly inexpensive it will be out from under TVA’s control."