New Tally Shows More Than 400,000 Virus Tests Given In County

September 15, 2020
comment
COVID-19 Memphis
Infogram
Shelby County added 213 new cases of COVID-19 on test results reported since Monday morning, the first time the figure has been over 200 in many days.

The Shelby County Health Department updated the way it reports testing volume in its Tuesday virus update. The new figure shows 404,062 tests have been given in the county, well above the 272,020 test total reported Monday.

Many figures in the Tuesday report rose, indicating more prevalence of the virus here than reported earlier. The rising results come nearly two weeks after the long Labor Day weekend.

The county's overall average positive rate for COVID-19 has hovered around 10.8 percent for many weeks. Tuesday's new rate rose to 11.3 percent. The number is the average of all positive tests from all test results reported since the virus arrived here in March.

Those known to have the virus now represent around 0.15 percent of Shelby County's total population. There are 8,608 contacts in quarantine. 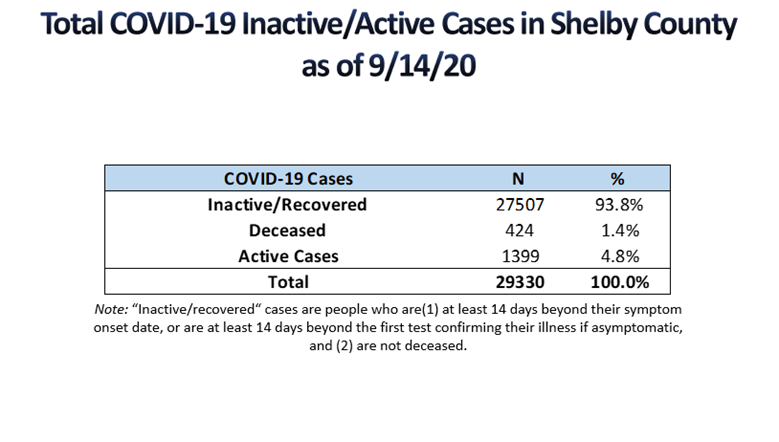