Virus Surge Pushed to March, Can Be Avoided 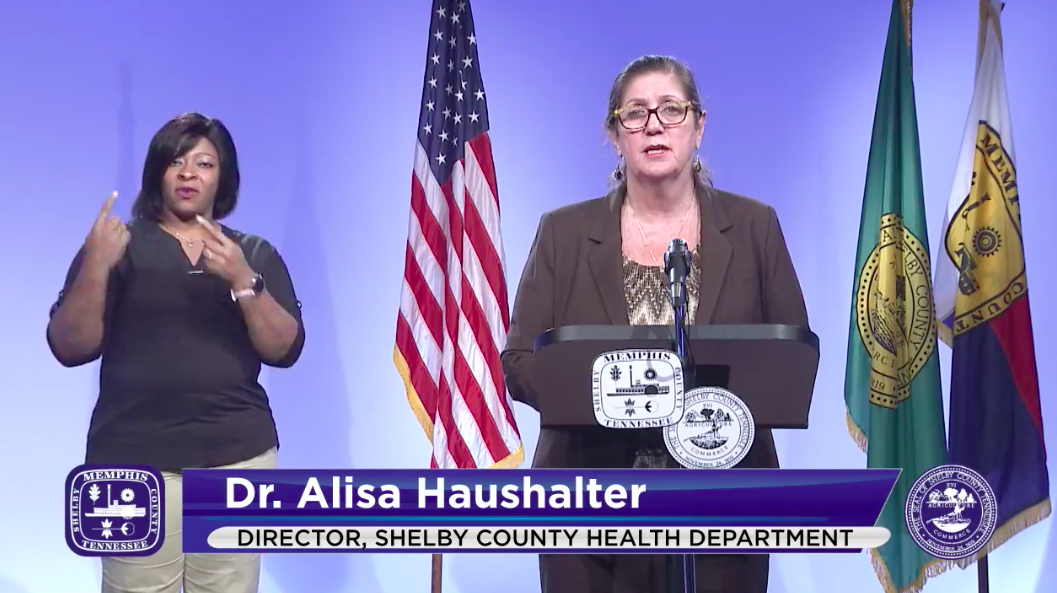 Virus trends here are headed in a “positive direction,” according to officials with the Shelby County Health Department (SCHD), and they now calculate a virus surge — if one comes at all — would arrive in March 2021.

Virus numbers rose slightly after the Labor Day weekend holiday but have returned to a downward trend, said SCHD director Dr. Alisa Haushalter. The average of new cases reported daily over the last week has been 128.

The reproductive rate of the virus has returned to below one. That means every one person with the virus is now spreading it (statistically speaking) to fewer than one other person, which shows the transmission of the virus is slowing.

“If we continue in the direction we’re going, we will continue to flatten that [epidemic] curve and we may not have a surge we were all concerned about in the beginning,” Haushalter said. “March is a potential [for a surge] but if we can bring our numbers down, we can avoid a surge.”