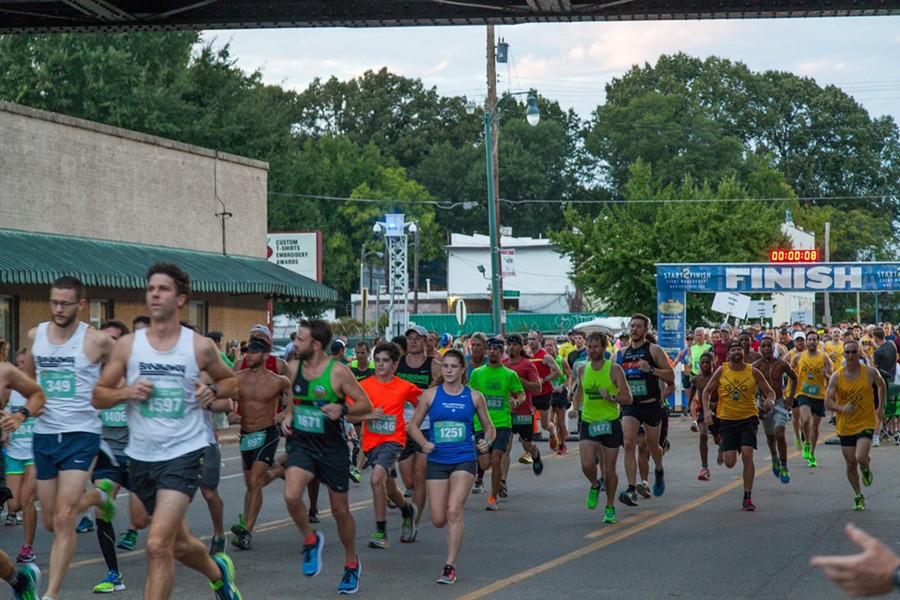 Beerfest and the race are easily the biggest fundraisers for the Cooper-Young Community Association (CYCA), the group who organizes and advocates for the residents of the Midtown neighborhood. This year, the CYCA is “struggling,” according to its president, Stephanie Gonzalez. But the neighbors, she said, are trying their best to stay connected in these disconnecting times.

Memphis Flyer: How has the CYCA worked to keep Cooper-Young connected?

Stephanie Gonzalez: A lot of what we do is focused on events and getting people together, whether that's our general meetings every month, or doing happy hours at local bars, or our annual yard sale, or plant swaps. Then, of course, there's our big fundraisers, the Four Miler and Beerfest.

So, when all this went down in March, we were kind of at a loss for what to do. At first, we were kind of like everybody else. When is this going to end? Is it gonna be possible for us to still have our events?

But we wanted to show support right off the bat. So, one of the things that Amanda Yarbro-Dill, our executive director, started doing was sending out information on where people can get help for food scarcity, or grants, or anything along those lines. She actually created a Cooper-Young Coronavirus Mutual Aid Facebook group that was a resource for sharing that kind of thing. We felt like our biggest role was just being a conduit of information in the beginning.

But over time, we started hearing from neighbors who are really missing that connection that they get from CYCA events throughout the year. So, the first thing that we really tried doing was a Fourth of July decorating contest.

The idea was to dress up your pet, or your kid, or decorate your house and send in pictures for the chance to win some prizes. That was fun but didn't get a ton of engagement in that. But it gave us the idea to start thinking a little bit more outside of the box. That was when we really started thinking about what we were going to do for the fall.

One of the things that we've been really concerned about is just making sure that whatever we do, people feel comfortable with it. Throughout this whole central planning period, we sent out multiple surveys to the Four Miler runners’ list, which is about 2,000 people. We got about a 50 percent response rate on the survey, which is pretty unheard of.

One of the things that they were saying was, “I’ve done virtual races in the past, and I don't want to do something unless it's unusual or fun.” They didn't want to just run a race where they run a race, record their time, and then that's the end of it. 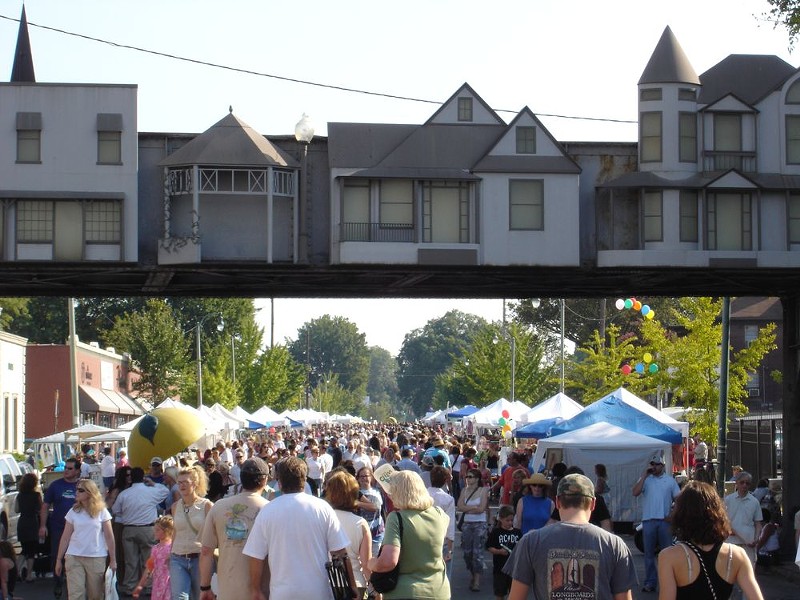 We really started thinking about that and incorporated some of that into other ideas. We start doing a trash pickup once a month where people could meet up and kind of split off, say hi to each other at the gazebo, but then kind of take off with their quarantine partners and pick up trash. We've had a decent amount of people show up for that.

So, then we decided to take it to the next level and try doing the porch shows. People felt comfortable coming and hanging out with their own little group but also feeling like they were getting this sense of community, I guess.

So, we combined all of these ideas and said, “Why don't we go for a virtual Four Miler, but also make it a celebration of the Cooper-Young neighborhood and spirit.” In addition to having the actual runners come through the neighborhood, we're encouraging people to have little quaran-team parties with their bubbles and interpret that any way they want.

There are a lot of artists and musicians in Cooper-Young, so we're encouraging people to play on their porch. We're encouraging neighbors to go walk or run the race course, get on your bike, go see what's going on. Then there’s the runners themselves. The idea here is that we're hoping that people will continue to feel connected with their neighbors, but being able to do so in a safe and comfortable feeling way.

MF: How are the Cooper-Young neighbors doing during this pandemic?

SG: The reaction has been really encouraging. Part of that is because everything that we've been trying to do has been … safety is just top of mind for us. Like the porch shows, for example, the fourth in the series of that is [Thursday night]. Tony Manard is going to be playing.

Tonight! Tune in for Tony Manard Music at 6!


If you notice on the Facebook page when we share those events, we'll say that you can stream it live or if you happen to be in the neighborhood and walking around, maybe you'll catch it. But we don't want to publish an address, because we don't want this to be a situation where, all of a sudden, there's 50 people on a corner, and it feels really uncomfortable.

MF: How big a financial blow has it been to cancel or change events for the CYCA?

SG: We're struggling. Our two biggest events every year are the Four Miler and Beerfest. Without the ability to have those two … that’s where the entirety of our operational budget comes from.

Normally, we would be earning the money for 2021 in 2020. This year, we're not able to do that. So, we've had to cut our one staff member down to part time. We had to stop publishing The Lamplighter [the Cooper-Young neighborhood newspaper] because it’s something that the CYCA heavily subsidizes. 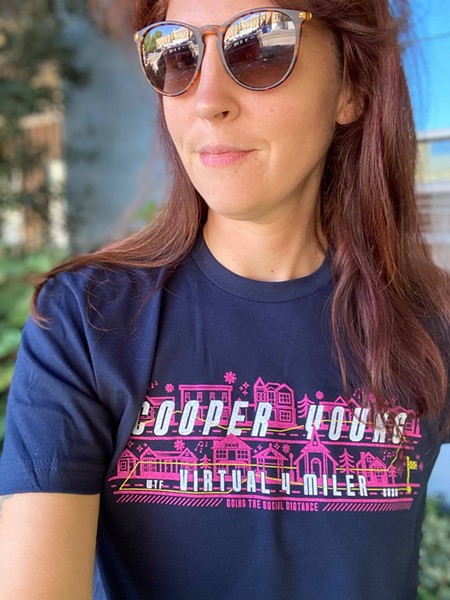 I know a lot of other nonprofits are struggling, and we're right there with them.

MF: Is there anything that we left out or anything else you want to add?

SG: For the Four Miler, you can run it any time during the day. But for those quaran-teaming gatherings, we’re really trying to focus people between 4-8 p.m. That'll be the biggest concentration of when something's going on in the neighborhood.

Whether you're a runner or a neighbor, get out during that time and go around the neighborhood. Take in that friendly, welcoming, artistic feeling that our neighborhood is known for.