Health Official: “The Fall Wave of COVID-19 Is Here” 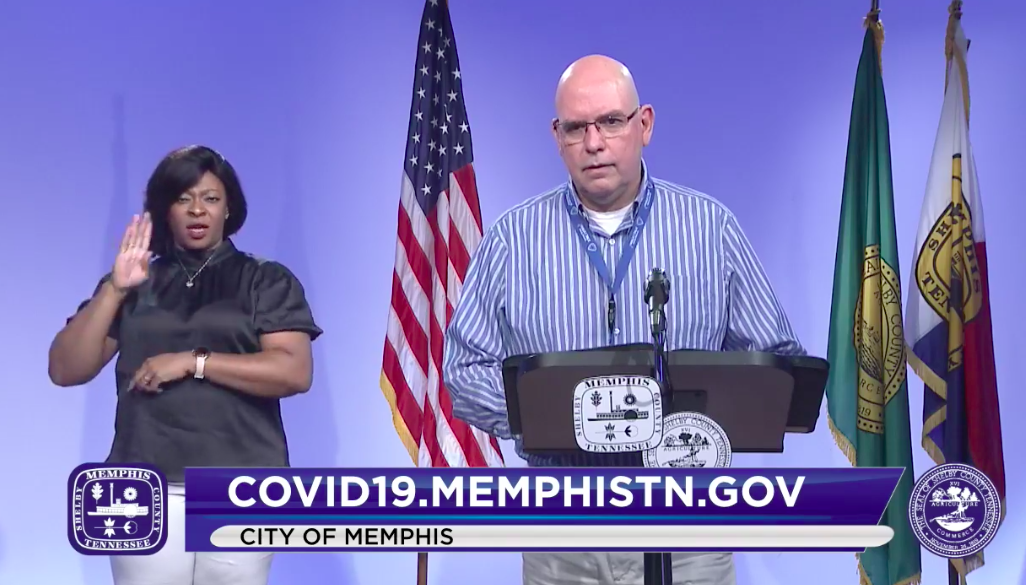 The surge of COVID-19 cases reported around the state and the country has arrived in Shelby County, according to an official with the Shelby County Health Department (SCHD).

David Sweat, SCHD deputy director, said, “the fall wave of COVID-19 is here,” on Tuesday during a regular briefing of the Memphis and Shelby County COVID-19 Task Force.

For proof, Sweat pointed to the 347 new cases of the virus reported here since Monday morning. The number of new daily cases has not been that high in many weeks.

In the past, such high numbers have been blamed on delayed reporting or backlogs of tests at laboratories. But not this time, Sweat said. About 94 percent of the new virus cases reported Tuesday morning were from tests given between October 7th and October 10th.

The surge of new cases has pushed the reproduction rate of the virus here back above 1, meaning the virus is growing in Shelby County. It’s growing all over the county, Sweat said, but now it is most active in its northeast quadrant — Bartlett, Lakeland, Arlington, and some outlying areas around Millington.

“All of these data points that we’re pointing out tells us that the COVID-19 disease is still very much a present danger to people of Shelby County and the virus can be found in virtually all parts of Shelby County,” Sweat said. “An increase in cases should remind everyone and challenge us all to adhere to all of guidelines issued throughout the pandemic.”

However, Sweat said the health department was not set to immediately increase restrictions but would, instead, watch “as the data unfolds before us” before making such a decision.

The latest modeling puts a hospital surge at the end of February, Sweat said.

“We’re in this together,” Sweat said. “As we’ve said, the future number of cases is not a fated thing. We’re not destined to have certain number of cases. It’s our choice.”