New virus case numbers rose by 250 over the last 24 hours, putting the total of all positive cases in Shelby County since March at 33,960. The higher daily figure tracks the fall surge in cases warned by Shelby County Health Department officials earlier this week.

The latest weekly positivity rate rose slightly from the week before. The average rate of positive tests for the week of October 4th was 5.9 percent, up from the 5.2 percent rate recorded for the week of September 27th. While it rose, the new rate is one of the lowest recorded her since the virus arrived in March.

Two new deaths were recorded in the last 24 hours. Total deaths now stand at 546. The median age of those who have died here is 74, according to the health department. The age of the youngest COVID-19 death was 13. The oldest to die from the virus here was 100.

There are 6,925 contacts in quarantine. 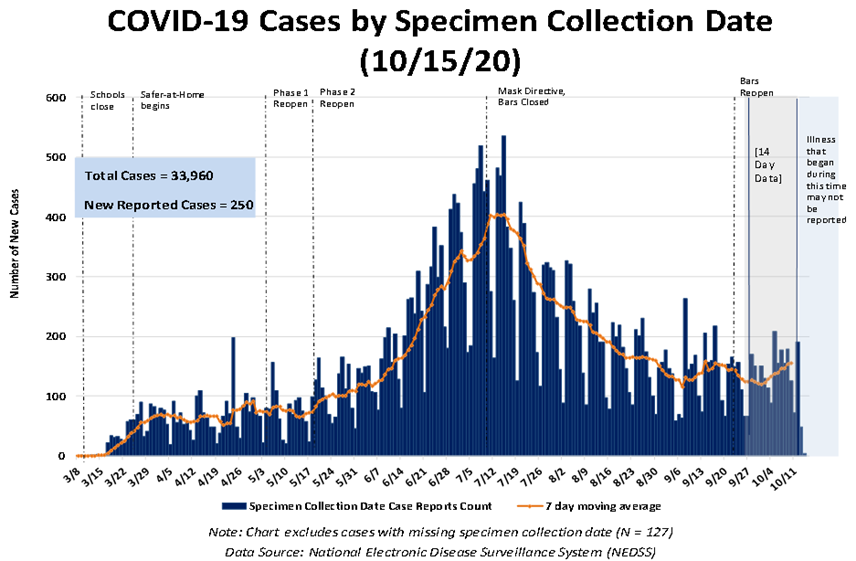 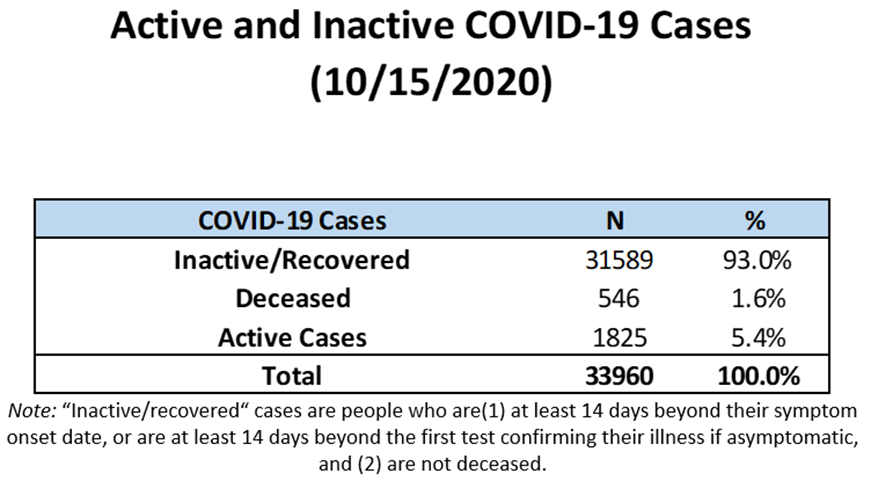 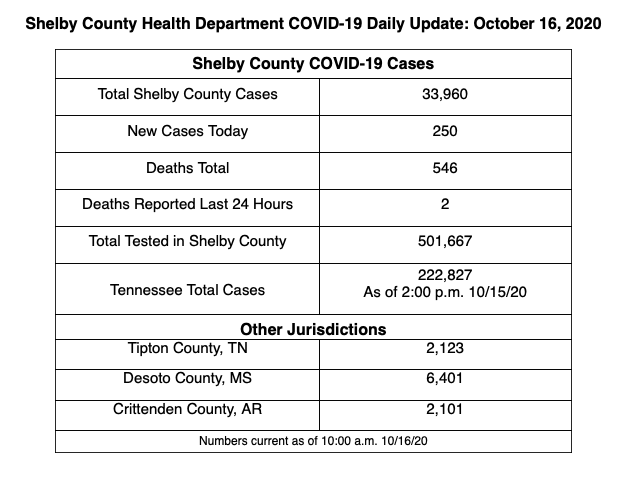