Masks have worked to slow COVID-19 deaths in Tennessee, according to new research from Nashville’s Vanderbilt University.

Researchers have closely monitored the virus’ behavior in the state since it arrived in March. Since then, researchers, doctors, and public health officials in the university’s School of Medicine have issued policy papers on varying topics. These act as grade cards on COVID’s spread here and how Tennesseans are reacting to it.

The latest policy paper shows a direct link to mask mandates and lower incidents of COVID-19-related deaths across Tennessee’s 95 counties.

Such mandates are in effect for just under two-thirds (63 percent) of Tennesseans, usually in large cities. These areas adopted masks earlier than other parts of the state, so the report dubs them the “early adopters.”

The remaining 37 percent either never faced a mask mandate (31 percent) or were only told to wear masks during the virus’ peak (so far) in the summer months (6 percent). The report labels these groups “never adopters” and “late adopters.”

Early-adopting counties, like Shelby County, had higher death rates before the surge of cases in July, according to the report. The death rate began to fall for those counties within a couple of weeks after masks were mandated. 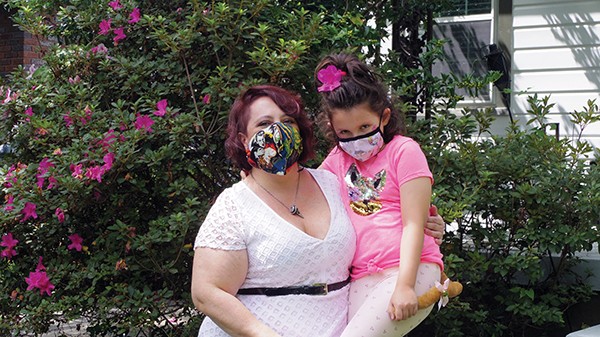 The research concluded that there is a “clear difference” in death rates between counties that have mandated masks and those that have not.

“The COVID-19 pandemic in Tennessee is now at its highest point to date in terms of hospitalizations and new cases, and deaths will likely continue to increase,” reads the report. “The good news is that we have learned a great deal since the beginning of the pandemic. Nearly 80 percent of Tennesseans now report wearing masks in public all or most of the time, but the distribution of mask wearers is likely skewed to large urban areas where masks are required (where self-reported masking behavior is well above 90 percent)."

As of November 6th, more than 3,500 Tennesseans have died of COVID-19. In Shelby County 594 had died from the virus as of Wednesday morning.