Organizations in Memphis are already bracing for another stay-at-home lockdown after a new health directive was leaked late last week.

Over the weekend, leaders of the Brooks Museum of Art and the Metal Museum announced both would close until next year. Also, a protest against shutting down restaurants was announced for Monday at 1 p.m. 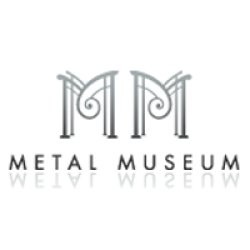 “Please note that in anticipation of another Safer at Home directive from the Shelby County Health Department, the museum has also elected to close its doors to the public from December 20th through January 7th, and will reopen on Friday, January 8th,” reads a Saturday email from the Metal Museum.

Here’s a Sunday email from the Brooks:

”In anticipation of Shelby County Health Directive 16, we have made the decision to temporarily close the Memphis Brooks Museum of Art, effective at 5 p.m. Saturday, December 19th, 2020 until Wednesday, January 6th, 2021 at 10 a.m. unless instructed otherwise by city and county directives,” reads the email. ”This includes all public programming.”

Meanwhile, the Memphis Restaurant Association advised its members to wait and see what may be announced Monday.

“The mayors and lawyers have been discussing our fate all day but we have yet to hear anything definitive,” reads a Sunday email from the group. “Our advice as of now is: plan to operate as we have been until we hear otherwise.”

That email also included contact information for city and county officials to “make your opinion known.”

A protest is set for Monday afternoon against further shutdowns of restaurants. The protest is set for 1 p.m. at the Shelby County government building at Downtown’s Civic Center Plaza. It is organized by Jerred Price, president of the Downtown Neighborhood Association.

”The Shelby County Health Department Directive [16] is calling to shut down Memphis restaurants once again without any protection for payroll or protection for the businesses,” reads an email announcing the protest. “Restaurants are one of the largest lifelines of our city and so many people's livelihoods. SCHD's own data shows that spread of COVID-19 from restaurants is less than 5 percent of all cases.

“Restaurants who are following CDC guidelines set forth by the CDC shouldn't suffer another closure, and may not make it through to see the new year if this closure is put in place.

“Let's show up, speak up, and demand competent, thoughtful, and caring action from our leadership. Bring signs to hold up for support. #SaveOurRestaurants. No megaphones permitted.”

A draft of the health department’s new health directive was published by The Daily Memphian Friday. It included, among other things, the closure of restaurants and many other indoor businesses. The health department responded with this statement:

“At the current time, we are facing the fall surge of COVID-19 cases in Shelby County. We anticipate that the cases will continue to grow. Therefore, we are exploring all options to reduce transmission in our community.

“The document that was released to the media was a draft document for discussion amongst public health officials, health care providers and elected officials. While December 21st was identified as the effective date, it was a draft, proposed date and may change.

“Locally, we have continued to work together to explore all options that can reduce transmission while balancing economic impact. As the document is finalized, it will be released to the media via the formal, traditional channels.”

It is not yet known when or if the health department will issue a new health directive that could include the further lockdown measures.