The Memphis area’s water system is improving, officials said in an update Tuesday, February 23rd, but the boil water advisory remains and officials are continuing to ask residents to conserve water.

Memphis Light, Gas and Water’s (MLGW) water system froze and broke in many places in winter storms that wracked the area for the last week. The utility issued a water boil advisory Friday as freezing temperatures broke water pipes and mains throughout its service area.

Leaking water reduced water pressure across the system and officials worried it could allow contaminants to get into the water. However, the advisory was a precautionary move, and MLGW officials said they have not found any contaminants in the the water.

During a daily update Tuesday, MLGW president and CEO J.T. Young compared the water system to a hospital patient.

“Today, I think, is optimistic,” Young said. “Today, the patient is out of [the Intensive Care Unit] and doing better. We’re looking forward to even better news in the next day or two.”

MLGW officials have been using a red-yellow-green system (with green being best) to illustrate the scope of the system’s troubles. On Monday, it was described as “light red.” On Tuesday, the system was upgraded to “yellow.” 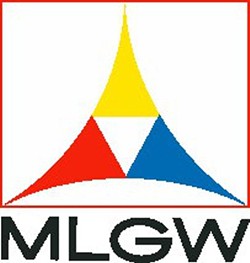 Pumping stations are performing better. Water pressure is rising in many parts of the system. The amount of gallons of water leaked each day is beginning to stem.

Officials said the freezing temperatures froze and broke 89 water mains so far. Crews repaired 12 mains Monday and were working on 12 Tuesday. To date, water had been shut off at more than 4,000 residences for instances of frozen, burst pipes.

However, Young asked, again, for MLGW customers to conserve water. He said, also, that the boil water advisory would remain but did not give any firm timeline for its end.

The update came on the same day the Memphis City Council approved a resolution supporting MLGW’s requests of customers and temporarily shutting down car-washing facilities.