Live From Memphis Launches "Nothing To See Here" Podcast 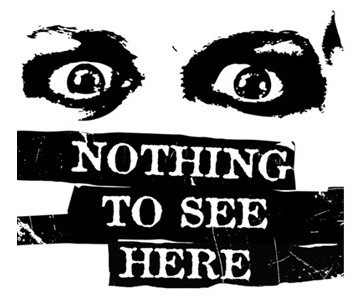 This week the website Live From Memphis unveiled the latest addition to its already robust arsenal of freely distributed online components promoting Memphis music, film and creative work, a weekly podcast titled "Nothing To See Here." Live From Memphis will celebrate the launch of the new podcast with a party this Thursday, August 25, 7 p.m. at the Lamplighter Lounge.

Rawlings and McCoy spoke with the Flyer this morning about what the new podcast is all about.

Flyer: What is the mission of "Nothing To See Here?"

Rawlings: There is no real mission in mind for this show beyond having as much fun as we can. It is not a means to an end or something we have grandiose dreams for, we just wanted to try it. The show is about bullshitting over drinks (sometimes many, many drinks) and getting to know someone. Memphis so often keeps each other at arm's length, and while it can be for good reason, we are bored with it.

What inspired you guys to engage Memphis creatives in recorded conversation?

Rawlings: Comedians talking to comedians. I have been a closet comedy nerd for as long as I can remember and I'm hooked on listening to these people talk about their lives in podcasts. There is no set format and no topic is too taboo or off limits. I get to become a fly on the wall for conversations that go in directions that are humbling, hilarious, and even oddly healing for me. Memphis is filled with good artists, great storytellers, and a lot of funny people. So it's a deep well to draw from. As long as people continue to show up, I don't see us running out great people to talk to for . . . at least a few more weeks.

McCoy: I have always seen my mission at Live From Memphis as increasing the audience for the arts. There are so many great artists of all stripes here, but they are under appreciated. I think that by helping our audience getting to know some of the artists as people and helping them appreciate what the artists are doing on a human level, it will make people more likely to show up. But we don't just want to do raw promotion. We want to make the podcast fun to listen to on its own.

How will your show be different than the traditional radio-interview format?

Rawlings: Terrestrial radio is dead. It's been dead for over a decade. There are no rules in podcasting and we plan to embrace that to the fullest extent.

We don't really prepare anything, so it's not a formal interview. Or at least we hope not. They are as loose as we can make it. I am not a zany radio personality or even a natural interviewer for that matter. I just crack wise and run the machine while Mr. McCoy keeps things moving. He is far better at formulating questions and a much better interviewer. I prefer to tell hacky dick jokes.

Who have you interviewed for the podcast so far?

Rawlings: We have recorded eight shows. The first one with Jonathan Kiersky, owner of The Hi-Tone, was just released and I'm getting pleasant feedback so far. He was great and very easy to chat with. Coming up we have the multi-talented Amy LaVere, Cities Aviv w/ Fat Sandwich Records owner Daniel Drinkard, photographer Tommy Kha, Pezz frontman Marvin Stockwell, local sound guys Joel Gradinger and Andrew McCalla, and we have a lot of great guests already lined up. People seem to like doing it and everyone has been really great so far.

Has anything interesting or unexpected come up in one of these conversations that you can tease?

McCoy: I was kind of surprised to hear that Amy LaVere is interested in the paranormal and wrote a song about the radio show "Coast to Coast." It makes her even more sexy.