If, like me, you're hoping that the inevitable narrative feature-film about the 1993 West Memphis child murders will be a serious treatment of the full scope of the tragedy — the original crime, its impact on the community, and the awful aftermath — rather than an easier, shallower take that simply gawks at "backwater" justice and rails against the apparently wrongful conviction of the recently freed "West Memphis Three" — then it is welcome news that Canadian director Atom Egoyan is at the helm. 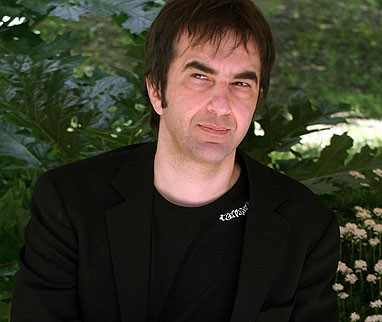 On the same afternoon that Damien Echols, Jason Baldwin, and Jessie Misskelley Jr. were freed after 18 years in prison for a crime they likely didn't commit, it was announced that Egoyan has been tapped to helm a feature-film adaptation of Devil's Knot: The True Story of the West Memphis Three, an account of the murders and subsequent trial by Arkansas reporter Mara Leveritt.

At first blush, Egoyan would seem to be the perfect choice to turn this tragic, controversial story into a worthwhile film. Even before Egoyan's name surfaced in connection with the project, if I were to have cited any one film as a model for what a "West Memphis Three" film should be it would have been Egoyan's harrowing 1997 masterpiece The Sweet Hereafter, a mournful adaptation of Russell Banks' novel about the impact of a school-bus crash on a small town.

(As an aside, I hate referring to this story with the shorthand appellation "West Memphis Three," which doesn't acknowledge that six young lives were impacted, three terminally.)

An ideal treatment of this subject would combine the sensitivity, feel for imperiled community, and cool intelligence of Egoyan's The Sweet Hereafter with, perhaps, a little of the obsessiveness and mystery of David Fincher's Zodiac.

Here's the trailer for The Sweet Hereafter to give an idea of that film's tone and content:

And judging from Egoyan's recent public statements in the midst of pre-production on the film, that could be what we get.

Egoyan, who makes the Sweet Hereafter comparison himself, told The Hollywood Reporter that his treatment will not make Echols, Baldwin, and Misskelley the central focus of the story:

Drawing from the book, there’s a whole other narrative that I think presents itself, and that’s what really got me excited. Against this almost mythological story, it’s a contemporary Salem witchhunt. Of course, we’ve seen that story told before, but I think there’s also the story of other characters who were peripherally connected to this, whose lives have been changed as well.

The script is focusing on the events around the time of the first trial. Our concentration is on this process of a rush to justice, this idea of trying to make sense of something that is just so abhorrent, the most extreme, evil crime imaginable. I think about what the community must have gone through when its children were found murdered this way, and then to find three of its other sons guilty of the crime, it’s a cataclysmic event for this community. The script examines some of the members of the community who were affected by this.

The Devil's Knot film project has been in development since 2006, with Egoyan coming aboard relatively recently.

It has not been announced — or probably even decided — where the production — tentatively scheduled to begin filming next spring — will be located, but shooting in the Mid-South area seems unnecessary and, one would imagine, unlikely.

Egoyan taking command of Devil's Knot is far from the only recent film-connected news in conjunction with the case:

The already completed third installment of Joe Berlinger and Bruce Sinofsky documentary series on the case is being given a new ending, with material shot about the trio's release. The completed version of Paradise Lost 3 will debut this fall at the New York Film Festival. Meanwhile, an HBO executive has hinted at a possible Paradise Lost 4. 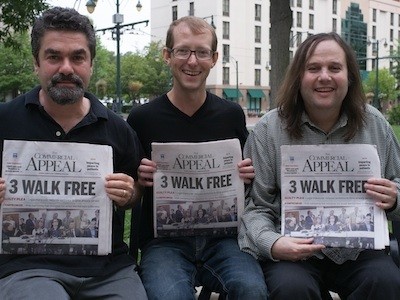 Additionally, a new name emerged among the celebrity supporters of the "West Memphis Three" cause in the former of director Peter Jackson, who apparently decided to keep his considerable financial support relatively unknown until now.

On a final note, not once in the articles I pulled together for this blog post and rarely in material I saw written in response to the "West Memphis Three" release last week did I see the names of the three little boys whose murders caused all this. Their names are Michael Moore, Stevie Branch, and Christopher Byers. Let's not forget about them.