One by-product of the run-up to Friday's Footloose release has been the transformation — as anyone who follows him well knows — of director Craig Brewer into a one-man marketing team and round-the-clock Q&A conductor via his Twitter feed. Today, returning to Memphis from Los Angeles, he snapped and circulated this photo of our cover-story feature on him, which hit the streets today: 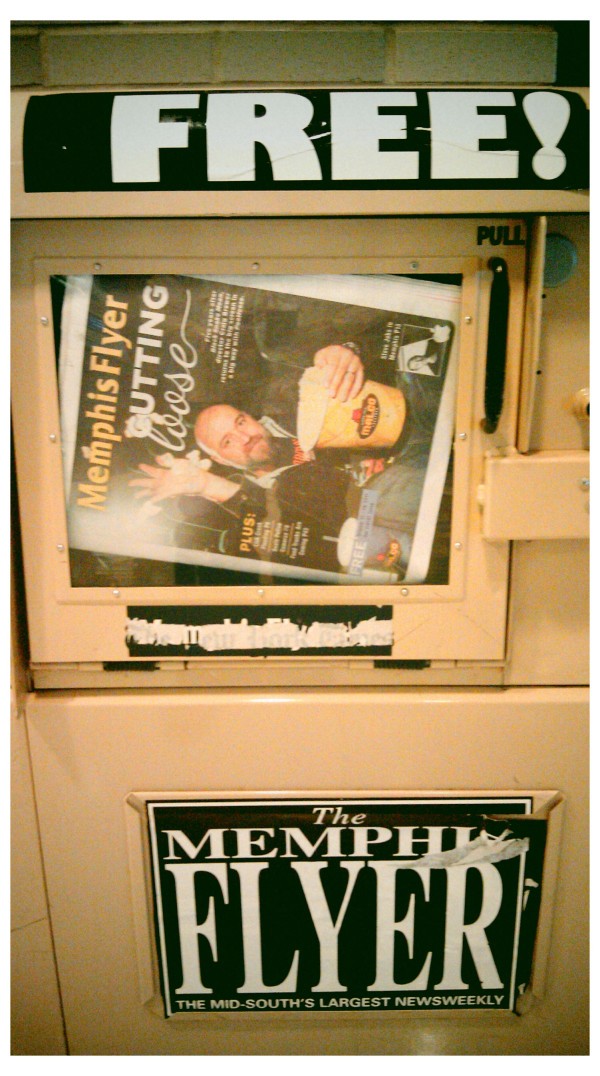 I asked Brewer about his direct-action Twitter campaign in promotion and defense of Footloose as part of our conversation:

You've been quite the Twitter warrior in promoting and defending your film. Was that part of an official marketing strategy or just you going guerrilla?

That's all me. I remember being in a marketing meeting where I had my eyes opened to what real audiences are versus what they are in the social media world. And I was like, what are we going to do to address all these people on Twitter? And I remember them saying, 'We've played that war before, on Star Trek. There were a lot of people immediately hating on anything new regarding Star Trek. And they came to realize that it wasn't a true gauge of what American audiences were thinking or feeling or wanting. But at the same time, it was valid.

I just said, well, for my own peace of mind and my own soul, I think I'm going to start addressing this. And really just kind of have a rule of being positive even in the face of some serious hate, or the shadow of serious hate, and also know that it's kind of its own show onto itself.

What I mean by that is that, in some extent, retweeting a negative post isn't necessarily a negative. Because then you retweet something somebody says and you comment on it and there are five people who want to comment on that.

What Twitter has really been for me, in a weird way, is more therapeutic than a savvy marketing tool. It's been my opportunity to perhaps decriminalize the remake in general and also connect with people and maybe build the kind of audience where it's more accessible filmmaking. Not only do you have a film but you can also ask the director questions, and I've always been that kind of personality. I just think recently I've been embracing it even more.

And I would say that nine times out of 10, the negative people, the cruel people, if I engage them, will crumble like a cookie. Because that's essentially what Twitter and internet is about. It's a culture of complaint. As it pertains to Footloose, I think I understand it a little bit more, because I was one of those people.