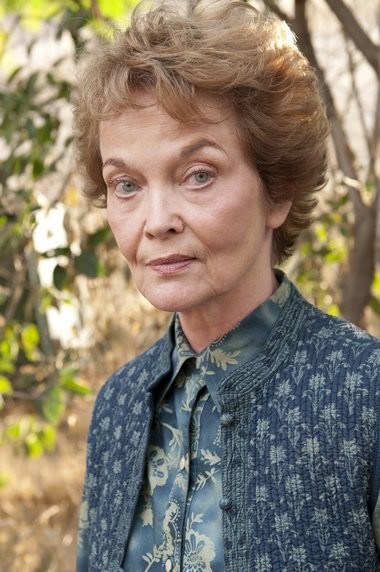 Memphis filmmakers Brian Pera and Kentucker Audley will both do live web events tonight as a means of kicking new projects or products.

Pera landed a notable cult actress, Ann Magnuson, for his last film, the under-recognized Woman's Picture. And he's done it again for his next feature project, casting the terrific veteran character actress Grace Zibriskie for Only Child.

Zibriskie, now 70, might be best known for recurring roles in the television series Seinfeld, Big Love, and Twin Peaks (where she played murder victim Laura Palmer's mother), but she has also appeared in films ranging from Norma Rae (her debut) to indie classics from Gus Van Sant (My Own Private Idaho) and Twin Peaks' David Lynch (Wild at Heart).

For Pera, Zibriskie will be playing the mother of Amy LaVere's wounded, mysterious Loretta, a character spun off from Woman's Picture. But Only Child isn't so much a sequel to Woman's Picture as a continuation of a series Pera has vowed to explore in both feature and short films.

To raise funds for the project, Pera set up a Kickstarter campaign where those offering donations can get items related to the film or the local arts scene. The campaign, already at its goal, concludes today with a live video podcast interview with Zabriskie and LaVere, at 6 p.m.

Here's a promotional video Pera shot for the project:

Tomorrow, actor and filmmaker Audley will release his 2010 feature Open Five — which won multiple awards at that year's Indie Memphis Film Festival before getting strong notices from outlets such as The New Yorker and The New York Times — on DVD and as a digital download and stream. The release will be preceded by an online premiere at 7 p.m. tonight, which will include a streaming Q&A session with lead actors Jake Rabinbach and Shannon Esper at 8:15 p.m. The online premiere and ability to purchase the film in all formats can be found at kentuckeraudley.com and Audley's nobudgefilms.com site.

Audley is also prepping the film's sequel — Open Five 2, natch — for release and recently garnered strong notices for his co-starring work in the indie Sun Don't Shine, which premiered at the South by Southwest Film Festival earlier in March.

One would assume all three of these new Memphis-connected films would be good bets for Indie Memphis this fall.