Nothing To See Here Podcast Re-Launches

After an unexpected 8-month hiatus, the Nothing To See Here podcast returns to the interwebs this week with a brand new home - the Shut Up And Listen network - and a dynamite first guest, actor/comedian (and Memphis native) Chris Parnell.

NTSH creator/host Kirk Rawlings spoke to the Flyer this week about re-launching the podcast and more.

Memphis Flyer: Tell me how the idea for doing this podcast started.

Rawlings: Two years ago I got heavily into podcasting as a listener. I had a new job sitting on my ass in a cubicle all day so I needed something to kill time after having gone thru all my music. They were pretty great on many levels. They helped kill the time, but they helped in a lot of other unexpected ways. It was refreshing to hear people be themselves instead of some stuffed version for radio, television, or print. So, I wanted to try it.

I was writing a music review blog for Live From Memphis, but it felt lame. Definitely not for me. Instead, I asked them if we could do this podcast thing instead. I thought it’d be funnier and more engaging than some snarky blog. They were all for it. So, Chris McCoy co-hosted and helped get things going. We started last summer and recorded 20 episodes.

How do you feel about your run at Live From Memphis, and what made you decide to switch networks?

It was fun, definitely a learning process. Production wise, I thought it would be this flippant thing I could toss off in a night, but that was naive. It takes time to make things good and I didn’t want it to suck. I’m happy with the way most of them turned out and I’m even happier with the guests’ reactions to the finished product.

LFM are awesome people. Chris Reyes was one of the few people that was really warm and engaging to me when I moved back to Memphis in 2002, and I’ll always love that dude for that. He doesn’t get the credit he deserves. None of them do over there. But LFM does 40 things, where as the Shut Up And Listen podcast network has a singular focus. They are the first and only podcast network in a town without a lot of first and only's. 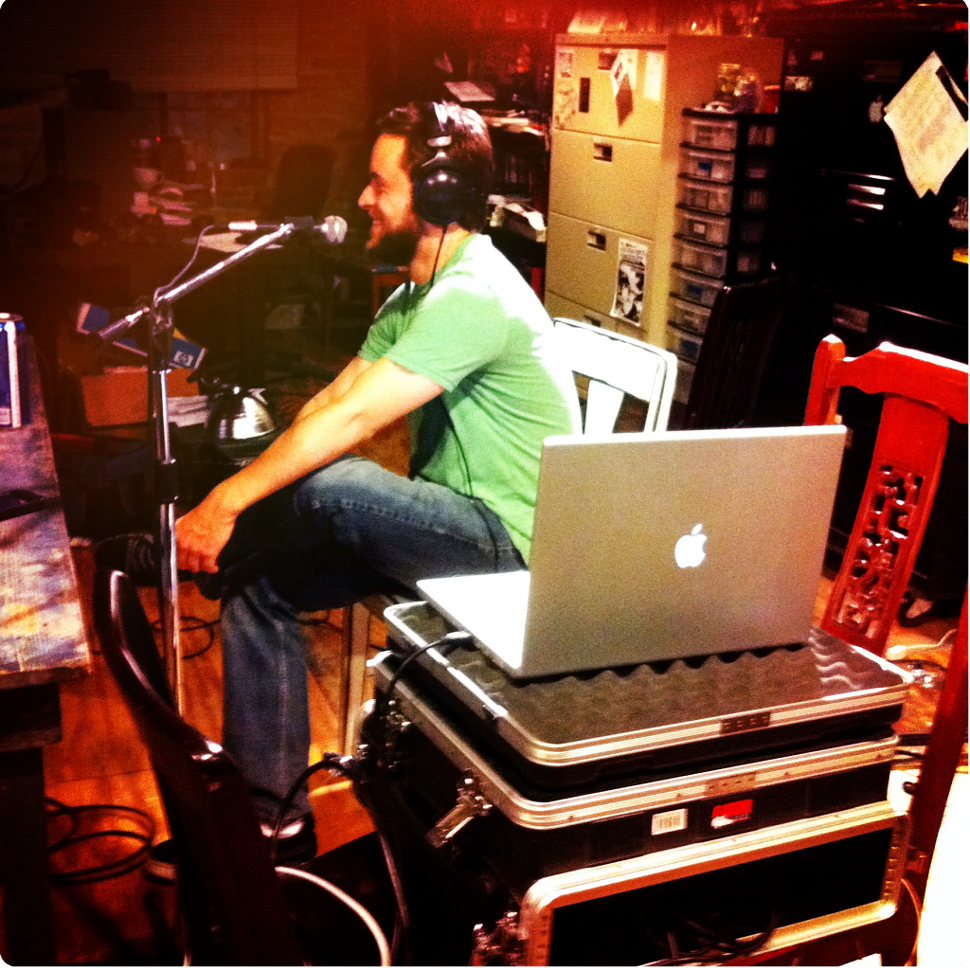 How did you become a part of Shut Up And Listen?

I’ve known Josh McLane, local drummer and stand-up comedian, for years so when he started posting his podcast, I found out about the network.

I listened to the Christmas episode of Twin Face Kline in which Josh was a guest, and I thought it was funny. The production was great and I couldn’t wait around anymore with these recordings I had, so I met Jared B. Callen, the Professor X of the operation, and told him I needed help.

Who are some of the upcoming guests on the podcast that you're most excited about?

This whole process has taken way too fucking long to get moving, so I’m itching to get these interviews out that I’ve been sitting on. Some of them were recorded more than six months ago. The first episode back is with Chris Parnell from SNL, 30 Rock, etc. and we recorded that in my living room a couple of days after Christmas. We were both sick. He only promised me a half-hour but he ended up hanging out for a long time. He couldn’t have been cooler.

The next episode is with one of my teenage heroes Mike Watt. Last spring I heard he was coming to town so I reached out. He instant messaged me a few days later while I was at home for lunch and asked if I could meet him at a studio in midtown in 15 minutes! I called work and told them I had a case of the shits and broke traffic laws to get there in time. We ended up talking for two hours.

I’m not sure what pop-culture is really, it’s so fragmented. Who the fuck knows anymore? But I love that people are doing this. Podcasting is the wild west of as far as new and uncensored media. Access is incredibly easy and the thing is, not everyone is for everyone. If you think my show sucks, then there are 40 other shows available on iTunes that will better suite your tastes.

I guess I don’t care. I try not to judge it. I tend to think there is enough air for everyone. Frankly, I wish there were more and better shows here in town.

As an interviewer, what is it you look to get out of your guests?

Authenticity, ease, and good humor. I can smell it when a guest has an agenda. Those don’t normally go well. I want everyone in the room to have fun and genuinely enjoy each other’s company. A lot of guests, some of whom have been heavily interviewed, have expressed surprise at how much fun they had. That is enough return for me.