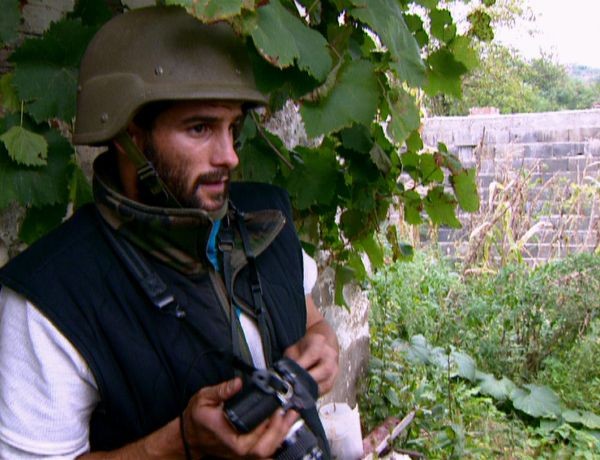 Memphis-born photojournalist Robert King is in the company of fugitive software magnate John McAfee. King is filming a larger piece on McAfee and filing for Vice.com.

Reached by Facebook on Tuesday, King declined to comment on how he caught up to the software entrepreneur whose flight from the law following the alleged murder of a neighbor is the subject of tabloid intrigue.

King and Vice editor in chief Rocco Castoro posted a short piece and photos from Guatemala, where they reported McAfee had contracted an attorney. The article says the two are at work on a documentary film about MacAfee and his time on the lam following the alleged murder of a neighbor with whom he had quarreled.

King has a long history of finding his subject. Earlier assignments have found him in the company of Julian Assange and Moqtada al Sadr.  He is the subject of a documentary film, Shooting Robert King, and an article in Rolling Stone about journalists working in the warzone of Iraq, where King was kidnapped and then released. He has photographed in Iraq and chronicled conflicts in Chechnya and the Chiapas region of Mexico.  King’s video work in Syria led to his recently being interviewed by Anderson Cooper on CNN.

King grew up in Memphis the son of John King, an early partner with John Fry in Ardent studios.