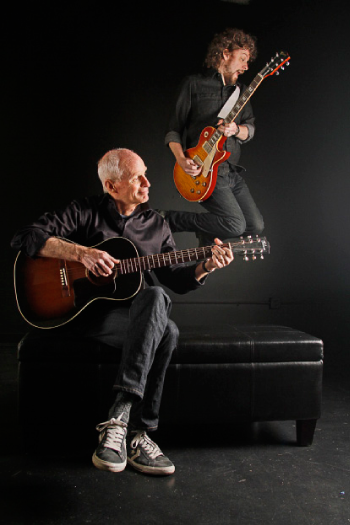 A bittersweet accompaniment to having so many great artists in your city is the pain of losing them, and Memphis lost a major one yesterday with the passing of Sid Selvidge, who lost a lengthy battle with cancer on Thursday morning.

I didn't really know Selvidge well, but had crossed paths with him several times over the past decade, first for a Flyer cover story on Beale Street Caravan, the made-in-Memphis but broadcast worldwide radio show Selvidge presided over. More recently for a Father's Day-themed story in Memphis magazine, where I had the privilege of sitting with Selvidge and his musician son, Steve, and talking about his life — as a musician and as a father.

Sid Selvidge was raised in Greenville, Mississippi, the son of a laundry business operator. (“Greenville Steam Laundry, Sid says. “I always thought that would be a nice band name.”)

“There was no encouragement,” Sid says of his family’s view of a musical career. “If you got to be musical in my family, it was said to be a fine avocation. They were very practical people. They didn’t like the music business.”

Like so many in his generation, Selvidge wanted to be Elvis, and played around Greenville in a rock-and-roll cover band (go-to song: Sonny Burgess’ “Red-Headed Woman”).

It was after moving to Memphis to attend Rhodes College (then Southwestern) that Selvidge began to turn toward folk music.

“They made me take my Danelectro guitar and put it in the student center so I wouldn’t play electric guitar in my dorm room and bother everybody,” Selvidge remembers. “That’s how I got into acoustic guitar.”

For a while, Selvidge pursued a career in academia, doing graduate work in anthropology at Washington University in St. Louis and returning to Rhodes as an instructor. But, eventually, Selvidge devoted himself full-time to music.

“I was a better musician than I was an anthropology teacher,” he says.

Beyond his enormous musical talents and varied imprint on several decades of Memphis music — and the Commercial Appeal's Bob Mehr does a terrific job of recounting Selvidge's career in his obituary today — I was always struck by what an exceedingly intelligent and decent man Selvidge was.

Selvidge leaves behind his wife of 47 years, Shirley Selvidge, and five children. In that Memphis magazine interview, he spoke with gratitude about his family:

“It’s difficult to be a musician without [a partner] that is solid and secure and has a lot of self-confidence, that can let somebody go out on the road for a long period of time,” Sid says. “I realize that now. I was a lucky guy. A great wife, a great family, and I got to go out and play music. I just thought it was great fun. Which it was.”