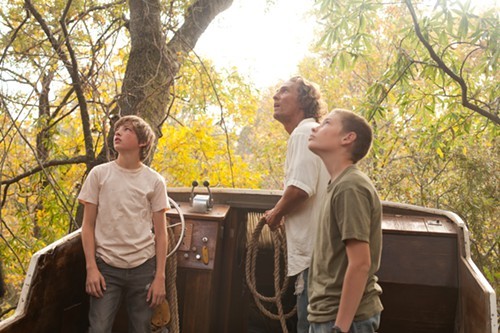 The nominations for the 2014 Indie Spirit Awards were announced today, and there are a number of films with local ties in the mix.

Jeff Nichols, brother of Lucero's Ben Nichols, was nominated for Best Director for his work on Mud which was made not too far away in Arkansas and released in Memphis this past spring. Mud is also the winner of the Robert Altman Award for it's director, casting director, and cast.

Finally, The Act of Killing is nominated for Best Documentary. The film had an exclusive screening in October at the Memphis Brooks Museum of Art.

See the full list of Indie Spirit nominees at the bottom.

Best Documentary:
“20 Feet From Stardom”
“After Tiller”
“Gideon’s Army”
“The Act of Killing”
“The Square”

Best International Film:
“A Touch of Sin”
“Blue Is the Warmest Color”
“Gloria”
“The Great Beauty”
“The Hunt”