June 23, 2014
3 comments
We are saddened by the passing of Teenie Hodges. He was fundamental to the sonic identity of Memphis. He co-wrote "Take Me to the River," a song that could be a thousand years old. He co-wrote "I'm A Ram," one of the best rhythm tracks ever recorded. His work with Willie Mitchell, Al Green, and — most importantly — with his surviving brothers Leroy and Charles will endure. 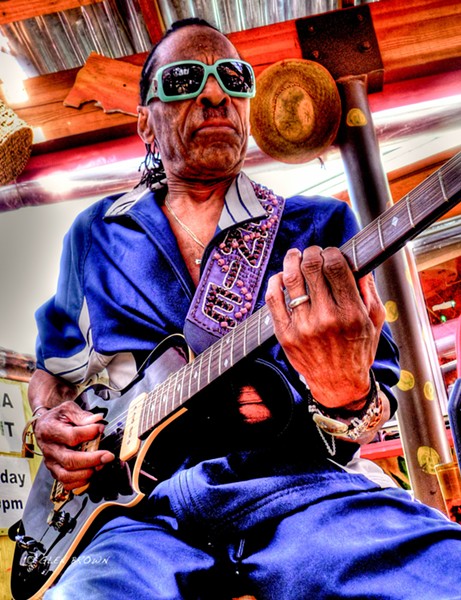 We talked to his brother in March and to two of his torch bearers yesterday for this week's Local Beat column. Last Friday, the Stax Academy Alumni Band played Hodges' "Love and Happiness" at B.B. King's on Beale. It's hard to imagine a better tribute. That video and some of his best recorded and live work are below.

Stax Academy Alumni Band at B. B. King's from Memphidelity on Vimeo.

This live footage of O.V. Wright from 1979 is a fine example of Hodges' smooth style.


An earlier version of this piece mistakenly attributed the guitar on Willie Mitchell's "20-75" to Hodges.