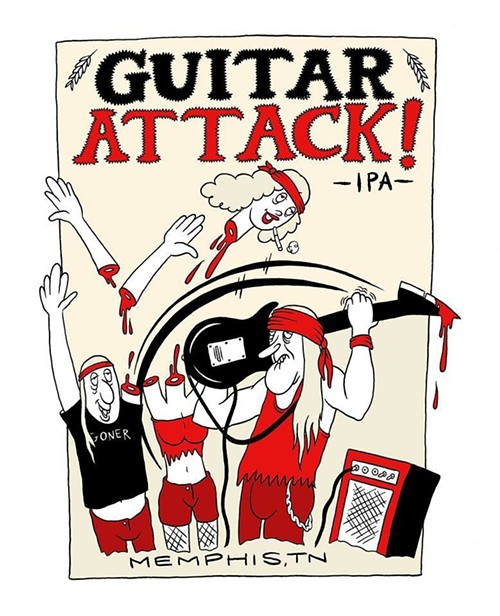 Goner Records has officially entered the craft beer game. After being the premier indie label in Memphis for over 20 years, the folks at Goner decided to team up with Memphis Made Brewing to create the "Guitar Attack IPA" named after the Sector Zero song "Guitar Attack". Sector Zero features Goner co-owners Zac Ives and Eric Friedl, and the beer's label artwork was done by Jeff Mahannah, the artist behind the Goner Fest 11 poster. The IPA hits shelves tomorrow (Friday), and will also be available at the following establishments, as well as Goner Fest 11: 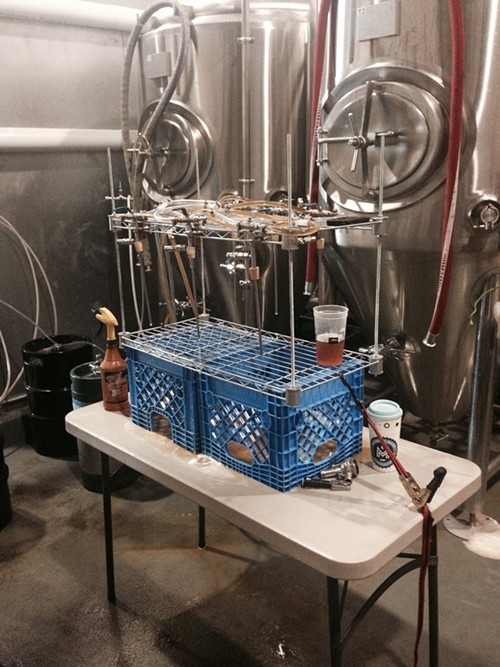 Goner Records and Memphis Made Brewing will also be unveiling the "Goner Blue Ribbon" beer soon, which will be available on draft only. The Guitar Attack IPA will be sold in 24 oz bottles.