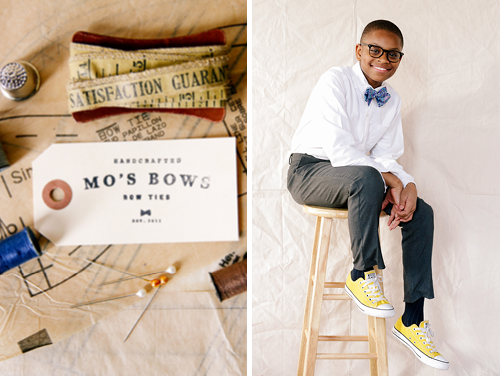 Since the launch of his Memphis-based bow tie company Mo’s Bows in 2011 at the age of 9, designer Moziah Bridges and Mo’s Bows have won the hearts of people nationally and internationally. He’s quickly gained a voice in the fashion world and beyond to inspire any budding entrepreneur.

Featured in The Oprah Magazine, NBC’s Today Show, GQ, GQ Germany, British Vogue, and over a dozen other magazines and TV appearances, Moziah has appreciated every single one as an opportunity to meet and connect with new people.

“The coolest person I’ve connected with is Tommy Hilfiger. He called me on the phone,” Moziah says, beaming. It had been an encouraging boost to hear admiration from a designer of Hilfiger's ranks.

Today, at the age of 12, Moziah has become a charismatic designer with a strong vision of his brand, with his mother Tramica by his side helping manage the business and photographer Annabella Brandon defining his look. The three of them became a team in the business sense but they would describe it more like becoming a family.

“Annabella was a godsend!” exclaims Tramica, proud of what they’ve accomplished together with virtually no marketing budget.

After Annabella pulled in graphic designer/friend Katie Sinclair to create the logo in 2012, the first major photo shoot helped establish Mo’s Bows brand as “classy and timeless”. Two years later, they decided it was time team up again to document the new designs and maturity of Moziah and Mo’s Bows.

“Mo, my darling Mo,” says Annabella, giving a lot of credit back to Moziah. “He is your typical 12-year-old, who can't sit still, but then he turns into business Mo, and it is so cool to watch. He makes all of his ‘style’ decisions. I wanted him to approve all of our choices. He even came with us to choose the clothes for the shoot. He is very creative and seriously comes up with the best ideas.”

Here they share the photos from the 2014 look book with the updated designs and show how a woman can just as easily rock a bow tie. 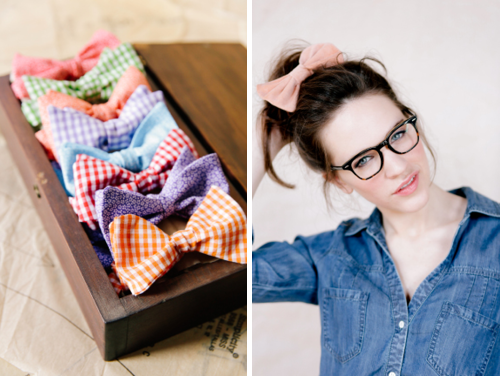 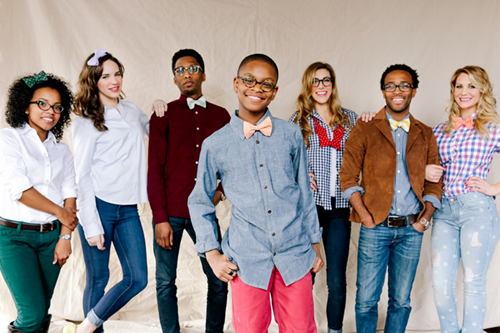 Although his bow ties are absolutely charming, you don’t have to be bow tie enthusiast to be drawn in and be inspired. Last month, Moziah stood in front of an audience of college students at a UNCF (United Negro College Fund) Conference to speak around the one phrase that sparked the young entrepreneur’s success: “Dream big now!” The phrase, instilled in him by his mother, taught him that it’s never too early to dream big and make it real, nor is it ever too late. 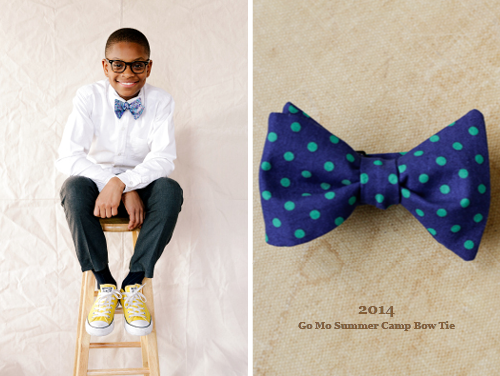 Young Moziah continues to dream big, mapping out his entire career. First, and already in design, Mo’s Bows will expand its offerings with skinny ties and then into men’s clothing complementing the bow tie with blazers and socks. After that, he’ll create a women’s line, then adding home décor and furniture design. The big dream - becoming the next fashion mogul confidently alongside the likes of Ralph Lauren.

You can purchase his bow ties at several shops around Memphis and the country, or online at his Etsy shop. He is currently raising money for his Go Mo Summer Camp scholarship fund. The proceeds from the sales of the Go Mo Summer Camp Bow Tie, pictured above, will help kids in Memphis go to summer camp this year.
You can also see Moziah at his next Trunk Show at Oak Hall this Saturday April 12th, 11:30 a.m.-3 p.m.