Lansky Bros. Clothier to the King - Julie and Hal Lansky

In 1952, Bernard Lansky notices a young man looking in the Beale Street storefront, welcomes him in, and shows him around. That young man was Elvis Presley, and before he was known as the King of Rock-n-Roll, he was a loyal customer to Lansky Brothers. As Mr. Lansky helped Elvis create his well-known and sought-after style, Bernard gained the title Clothier to the King. Together, they rose as American icons.

Today, Bernard’s son and granddaughter and Lanksy Brothers current owners Hal and Julie Lansky stand in the very building on 126 Beale Street where it all started, recounting that story of when the clothier met the King.

“Come on in and let me show you around!” Hal echoes his father’s first words to Elvis. Words also imprinted on the interior entry glass as you walk from the newly located Hard Rock Café to this fifth Lansky Bros. store: Clothier to the King, paying homage to Elvis and more importantly to the clothier himself. 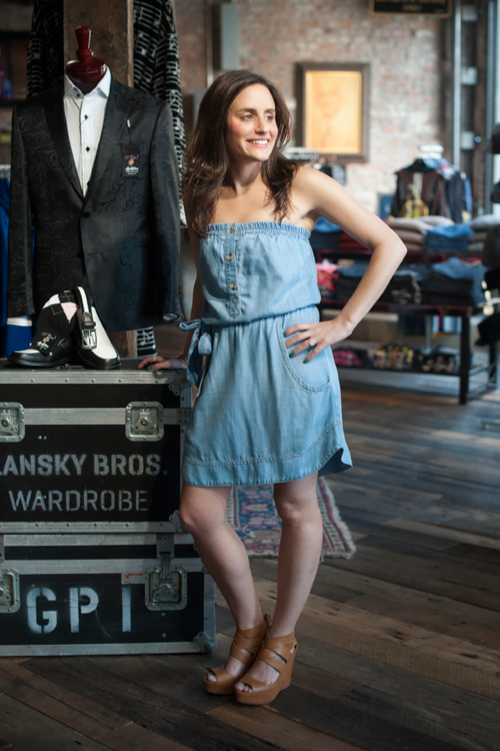 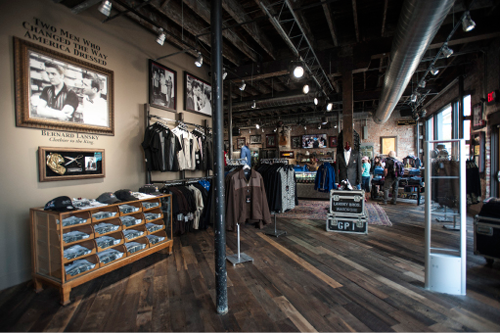 Hal and Julie point to the framed black and white photographs of Bernard and young Elvis hanging above the racks of 1950s Elvis-inspired sport shirts and jackets. These photographs and other artifacts documented the friendship between the two. Bernard outfitted Elvis for his earth-shattering first appearance on The Ed Sullivan Show, floating the cost of the suit. As Elvis gained his stardom, he continued to buy his clothes from Lansky Bros. crediting them any chance he could, helping the Memphis establishment gain international attention.

“We’d like to think [Lansky’s] helped influence his style.” Julie says. For example, Bernard was the one that suggested Elvis flip up his collar and introduced him to the Pink and Black combination that soon defined the ‘50s. 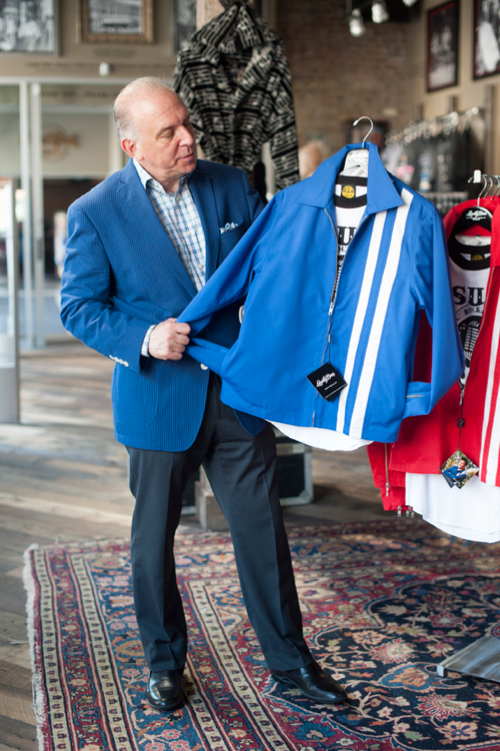 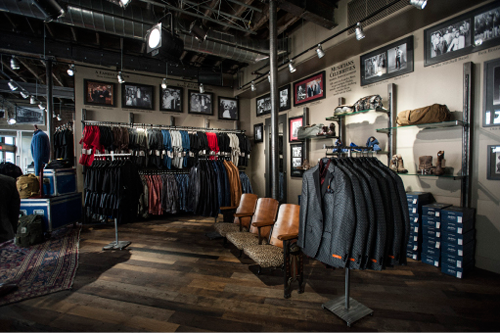 Elvis enthusiasts will applaud - they did not forget the blue suede shoes. In laced and loafer versions, the iconic shoe is made exclusively by Hush Puppies. And for fun, they created the Jungle Room printed loafer (shown in slideshow).

Lansky Bros. Clothier to the King is largely dedicated to the vintage-inspired men’s clothing line of the same name but also caters to any modern man with a rock-n-roll edge. Not forgetting the original strong customer base of musicians, Lansky’s has kept a large stock of patterned shirts and jackets with their own stage presence. Some well-known customers and musicians past and present include Johnny Cash, Jerry Lee Lewis, Carl Perkins, Roy Orbison, B.B. King, Isaac Hayes, Bobby Blue Bland, and Robert Plant. Other items offered in this location are custom women’s wear made from recycled Elvis T-shirts, jeans, Memphis T-shirts, Elvis socks and even a fragrance inspired by the King.

See more of what they have to offer in the slideshow below or shop online at www.lanskybros.com.
The other four shops - Lansky at the Peabody, Lansky 126, Lansky Lucky Duck, and Lansky Essentials - are located and will remain within the Peabody Hotel. The new store is just a quick walk south from the Peabody Hotel on Second Street - returning to its music-inspired roots near Beale Street.

This shop location is open 11am -7pm Sunday to Wednesday and 9am-9pm Thursday to Saturday. 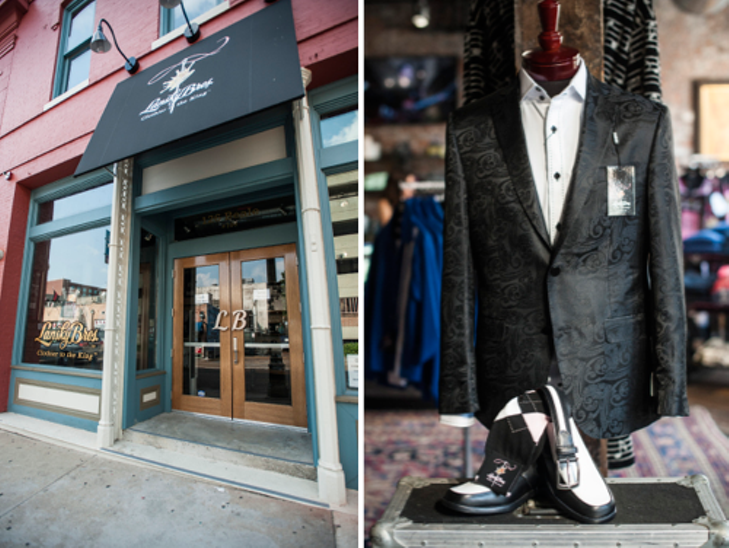 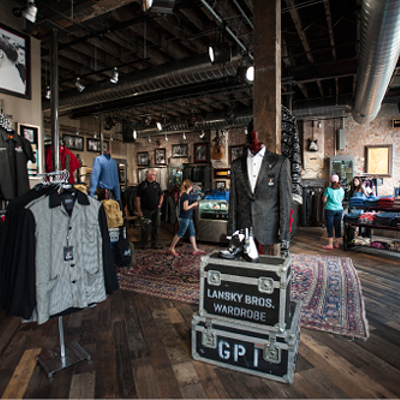 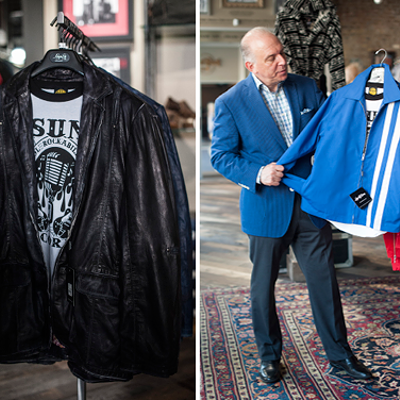 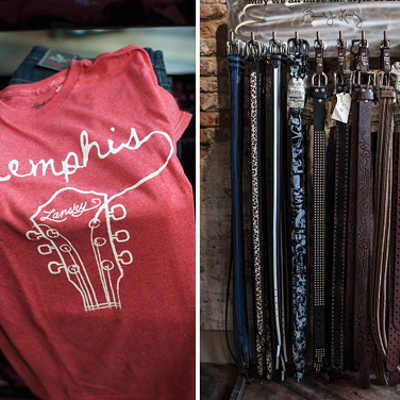 Lansky Bros. - Clothier to the King
Click to View 23 slides