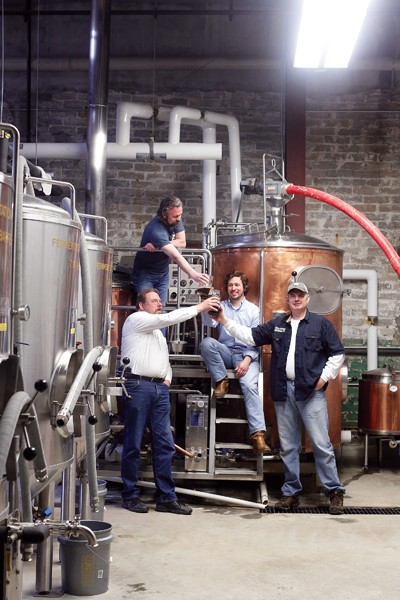 I've never been a fan of state senator Brian Kelsey, but credit where credit is due. The gentleman from Germantown has done Tennessee beer-drinkers (and beer-makers) a solid by co-sponsoring and (getting passed) new tax laws which will considerably lessen their tax burden. (Read Hannah Sayle's recent excellent Flyer cover story on the craft brewing movement for more background.)

Anyway, in short, due to the fact that the state's previous beer tax was based on the price of beer, rather than volume, as it is in most other states, Tennessee had the highest beer tax in the country, and ...

Well, it's sort of complicated, and it's Friday, and I want a beer, so I'm just going to publish the state's press release. Cheers!

(NASHVILLE, TN), June 28, 2013 -- On Monday July 1, beer tax reform legislation that was overwhelmingly adopted by the General Assembly in April will take effect as a vast array of new laws are enacted. Upon enactment, the Beer Tax Reform Act of 2013 will convert Tennessee’s outdated price-based tax to a volume-based tax, bringing the state in line with neighboring states and modernizing its tax structure. The bill was sponsored by State Representative Cameron Sexton (R-Crossville) and State Senator Brian Kelsey (R-Germantown).

“This new law promotes competitiveness and economic opportunity, as well as choice for consumers,” said Senator Kelsey. “Tennessee beer sales have declined 5 percent over the past decade, while the revenues from the wholesale tax climbed to over 30 percent. This demonstrates the punitive nature of this antiquated tax which just doesn’t make sense.”

According to Kelsey, the new tax structure will still preserve the current levels of funding that the state’s local governments receive from the tax. The legislation was supported by a coalition consisting of a wide variety of businesses and consumers.

• Under the old tax, Tennessee had the highest beer tax in the country, and because it was largely based on price, not volume, it would have continued to keep growing and growing if left unchecked.

• Tennessee’s old beer tax rate used the barrel as its standard rate of measure. A barrel is 31 gallons of beer. That beer can be sold by the can, bottle, case or keg, but as far as the old tax was concerned, the rate was based on the barrel.

• For the past decade, beer sales have declined by five percent in Tennessee, but the local wholesale tax revenues have climbed rapidly, up more than 30 percent.

• Tennessee became the highest beer tax rate in the country in 2008, overtaking Alaska.