Something in the Air

When I first moved to Memphis, the new pollen and unfamiliar ground cover assaulted my sinuses. Norwegians, it turns out, were never intended to encounter Bermuda grass. Mosquitoes, which I thought I was perfectly acclimated to from my childhood in Minnesota, raised dollar-sized welts on my skin. Not silver dollars — dollar bills. For most of my first few weeks in town, my eyes burned and my throat stung. Well, great, I thought. I’m allergic to Memphis. 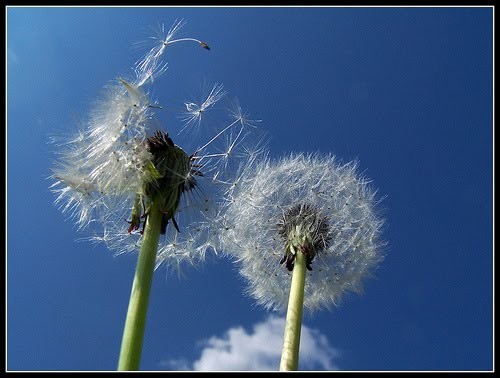 It was a logical conclusion, really. I’d lived in four different states by my 18th birthday, but had always clung to the shores of at least one Great Lake. The flora of the Midwest was part of my DNA, just like introversion and voting Democrat. It made sense that I’d be thrown for an immunological loop by the riot of cottonwood and crepe myrtle and seersucker.

Strangely, though, my Memphis-born neighbors seemed to be just as afflicted. They spent four months out of every year with the same complaints, enjoying no benefit from a lifetime of exposure. Seasonal bouts of misery were just accepted as a fact of life. There was just something subtly hostile floating around and everyone had learned to live with it.

In the 13 years since I made the move south, however, it seems my fellow Memphians have grown a little less likely to just sit back and take the worst of what our city has to offer. And it’s not just the pollen count they’re resisting. Maybe it started about the time the Center for Southern Folklore got kicked off Beale Street and replaced by a franchise daiquiri bar, but like the Mississippi creeping up Riverfront Drive, the pride in Memphis began stubbornly to rise.

Over the next few days, two inaugural events will highlight both the joy and impatience that Memphis has historically struggled to channel. The first-ever DIY local holiday, 901 Day, will be held on, you guessed it, 9/01. A celebration of anything Memphians want to celebrate about our city, the day is actually a collection of various events taking place all over town, from breakfast at the Memphis Botanic Garden to a dance party at Mollie Fontaine’s with everything from barn raisings to Bloody Mary tailgates in between, and anyone wanting to add their own doings to the mix is welcome to have at it. Personally, I swell a little at the mere idea of the day, let alone all of the great stuff that's planned. I hope it’s a raging success and brings as much civic delight as Justin Timberlake serving barbecue from a food truck. (Wait, surely it’s not too late to hook that up?)

On the other end of the celebratory spectrum, a group of Memphians and other Mid-Southerners is getting together on Monday, September 3rd — that would be Labor Day — to take part in the Improving Birth National Rally for Change at Baptist Memorial Hospital. As a constant low-ranker on lists of infant mortality, an indicator that implicates the whole of pregnancy, labor, and post-partum care, Memphis has a long way to go to get its maternal maintenance up to the high bar we tout for other health services. This rally hopes to raise awareness of the disparities between our traditional standards and current evidence-based practices and call for equal access to quality care. That in itself is a microcosm of many Memphis issues, and I see it as a valiant step in questioning a heavy regional reliance on The Way It’s Always Been Done.

These two events epitomize the ways I’ve seen Memphis change over the past decade. On one dry-rub-dusted hand, we’re finally appreciating the things that make us unique and valuable, and on the other hand, we’re recognizing the things we need to improve and — here’s the really exciting part — actually taking steps to improve them.

And yes, I said we. I’m constantly reminded of my outsider status in this town, but I’ve also grafted myself into its culture in ways I never expected. Nearly my entire adult life has been spent in Memphis and I have no imminent plans to leave. My two children were born here. I say “y’all” like it’s my job and get teased for my accent when I go back north. I’m one of thousands of Memphians who came here from other places and made the choice to stay. We’re the counterpoint to the natives who can’t help feeling it’s got to be better somewhere else. But between both groups, the city keeps growing into the modern version of itself, the small-townish big city with heart that still outpaces its self-esteem.

It’s that time of year again, and I woke up this morning with a sore throat and stuffy nose, but now I just blame the trees. Memphis has always made me feel welcome — sometimes out-of-place, but welcome anyway. I no longer feel like my body’s rejecting the city. I feel like I’m at home here. I feel like, more and more, we all are.

It must be something in the air.