Wisdom From the Mind of a Child

Martin Luther King's dream may be realized by the coming generation. 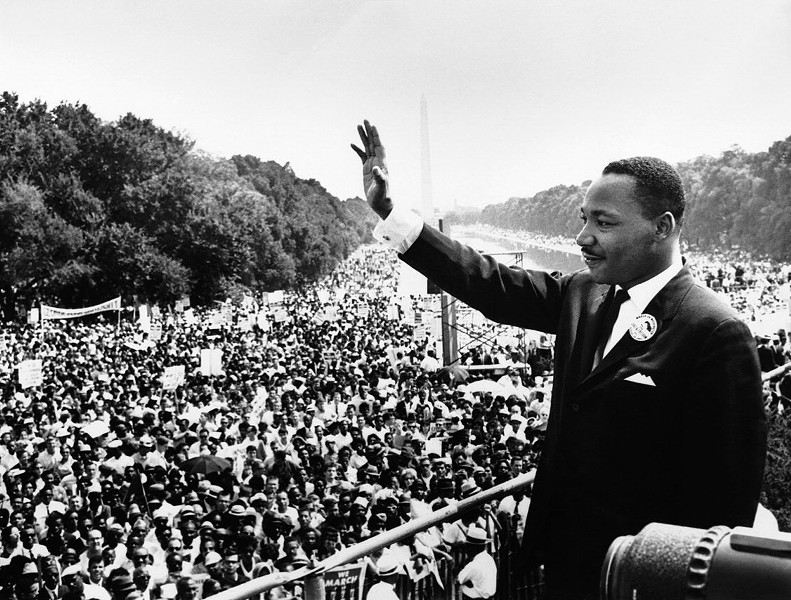 I was down by the National Civil Rights museum this past weekend and thought about taking my children — ages 9 and 5 — through, but I thought it pretty unlikely that my youngest would understand the story it told. Turns out, I should have asked him. As a Memphis public school attendee and child of the new millennium, he’s got a grip on the essence of the struggle for civil rights.

The story probably resonates quite strongly with most children, really. After all, they live in a world where they’re constantly having limits put on who they can be, where they can go, and what they can do. It feels unfair to them, as they’ll be quick (and loud) to point out. The only way they have out of this controlled world is to grow up and make their own rules. It must therefore seem terrifying to them to think that those restrictions could last your whole life.

In Monday’s inaugural address, President Obama hailed — and represented — the progress we’ve made toward Dr. King’s dream, but he also pointed out that every dream is not yet reality. We haven’t even reached full equality for the female half of the population, let alone any minority group.

As frustrated and impatient as that makes me, I have to admit that when the president’s speech referenced the Stonewall riots, a watershed moment in the contemporary gay rights movement, I got actual goosebumps. I felt much like I did when Obama expressed his support for gay marriage: cynical enough to know that there was politics behind the message, but excited by the fact that the politics were finally on the side of reason.

Shortly after the historic October 2012 voting season legalized gay marriage in a slew of new states, my son came across me quietly tearing up as I flipped through online slide shows of same-sex couples standing in line for their marriage licenses and civil ceremonies. When I explained what I was doing, he said, “Can boys marry boys?” Yes, I told him, in some places. “And girls can marry girls?” Yes, same deal.

He looked unsure and a little unsettled. I gave him my best liberal mom voice and asked if he had any questions about that. “But … can they both wear dresses?” I pulled him on my lap and we looked through the pictures together, noting the full and diverse collection of wardrobe options. He didn’t bat an eye at the physical affection shown by the couples. I don’t take credit for that, but it lifts my heart nonetheless. He is what’s coming next.

I don’t presume that an inaugural address sets legislation in motion or even makes headway with anyone already in opposition to everything the president believes. Our elected leaders don’t tend to jump out ahead of the trends, however. The wind is at his back.

I don’t think that a speech will magically make things change. But even a child can see that things already have.