Attagirl, Hillary! Glad to have you on board. Although really, the only thing surprising about Secretary Clinton’s statement of support for gay marriage this week was that she hadn’t already made one. I could have sworn that already happened, but maybe I was just thinking about all the work she did to get international governments to stop condoning the execution of their gay citizens. 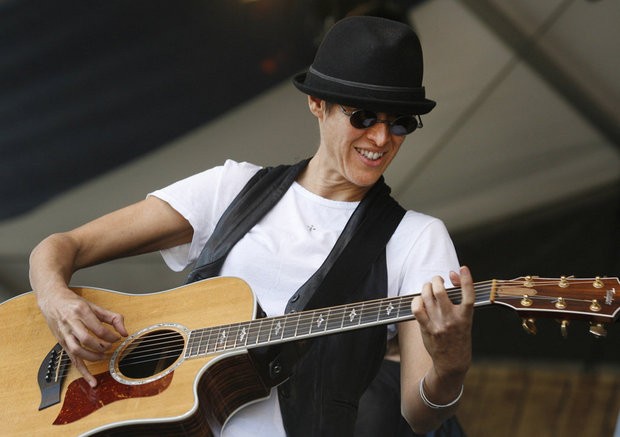 No, the real shocker this week — pun unavoidable — was that a folk singer with a significant LGBT following decided to use a San Francisco appearance to clarify her opposition to gay marriage, homosexuality in general, and, by my unscientific estimate, the home lives of 67 percent of her fan base. I saw Michelle Shocked at the Hi-Tone a few years back, and if everyone who identified on the LGBT spectrum had walked out, there wouldn’t have been enough people left to fill a table.

Now, to be fair, Michelle Shocked never embraced being a gay icon. She sure did embrace gay money, though. For a songwriter who has concentrated on representing the downtrodden and voiceless victims of corporate and government wrongdoing, it was natural that oppressed folks of all varieties would be drawn to her work, and she was more than happy to capitalize on that. She certainly kept her anti-gay opinions to herself while she was crossing the country with the Lilith Fair gals.

So at this point, you may be wondering, “Andria, what the hell does some has-been un-hippie matter? And why did you even mention Hillary Clinton in the first place? And what is your face doing – is that supposed to be a smile?” Stay with me, though. Here’s where it gets sort of mind-blowing. An artist just got publicly scorned for having an unpopular opinion. Earlier on the very same day, the former secretary of state and possible next president publicly declared the opposite position. We haven’t made it to the magical land of Equal Protection Under the Law, but holy shit, y’all, do you see the seismic shift that represents? Marriage equality has gone mainstream. It has totally sold out! Yay!

The job isn’t done, of course, just like it’s still not done for women or minorities. But it’s at least underway. What happens next will determine if the cause has gained overwhelming popularity or simply jumped the shark. This month, the Supreme Court hears arguments in two cases that will have a dramatic impact on the future of gay rights, whichever way they’re decided.

Most people probably don’t know that the case against the Defense of Marriage Act (DOMA) hinges on a married lesbian being taxed for $383,000 after the death of her wife, an estate tax penalty she would not have been expected to pay had she been married to a man. A personal ceremony or a domestic partner checkbox is nice and all, but the law matters.

The court will also hear arguments for the dismissal of California’s ban on gay marriage. When Prop. 8 was passed in 2008, a flurry of local governments were already pushing for similar bans and constitutional definitions of marriage (including, ahem, this one), but just four years later, the legislative tide was already turning. My own home state of Minnesota was one of the first to reject, by voter decision, an amendment defining marriage as strictly heterosexual. (Go Gophers.)

The idea that this is an issue best left to the states to decide ignores one thing, however: Some states aren’t going to get there for a long, long time, if ever. Are we comfortable telling certain citizens that, sorry, we can’t get a majority vote on your legal status. American approval of interracial marriage didn’t surpass 50 percent until … here, I’ll let you guess. What do you think? 1970? 1980? Here, I’ll give you a hint. Nineteen hundred and ninety … seven.

Let’s face it. Some states are dumb. Not everyone in them, of course, but apparently more than not. And those people don’t get to penalize their tax-paying, law-abiding, yard-maintaining neighbors just because said neighbors don’t share their romantic preferences. Look, I don’t understand why people marry pageant moms or competitive eaters or Hugh Hefner, but they do, so bless ‘em. There’s room for everybody. We all bring our own plate to the potluck.

Or, as a wise woman once wrote, it takes a village.