A Visit with the Memphis Storyteller's League 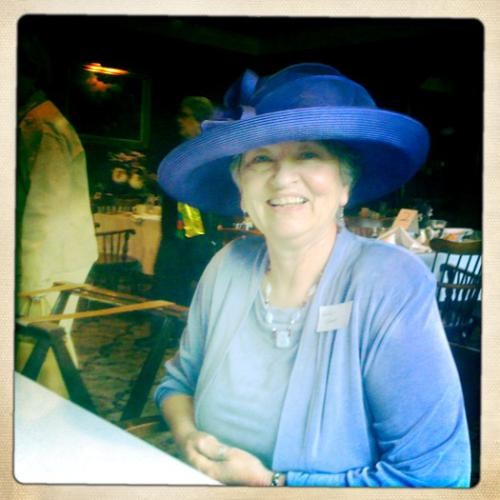 There's nothing that pleases me more than finding unique art in unexpected places. That's exactly what happened last week when I attended a lunch meeting of The Memphis Storytellers' League which has been active in the Bluff City for more than 80-years. It was originally conceived as an all female club for the Memphis elite but has become more egalitarian over the years. The storytellers meet once a month with one purpose only: to read three short stories aloud.

By describing the storytellers' readings as "unique art" I don't mean to imply that the league is carrying on some extraordinary literary tradition. In fact there's no trace of snobbishness at an STL meeting. The writing certainly isn't what one might call ambitious. The tales— original autobiographical creations and popular favorites alike— are submitted simply because they brought pleasure to someone in the club. And so the group's extensive archive functions as a kind of secret, sentimental history of Memphis, passed down from one generation to the next.

To attend a meeting of the Memphis Storytellers' League is to step back in time to a quaint world where ladies wear fancy hats and everyone is uncommonly civil. The unadorned performances are a charming, unpretentious example of what we talk about when we talk about the relationship between art and community. Whether you're interested in sweet stories about Easter bonnets or not, there's an awful lot of emotional history collected here.

Click on to see a short video from the Storytellers' lunch at Jim's Place.