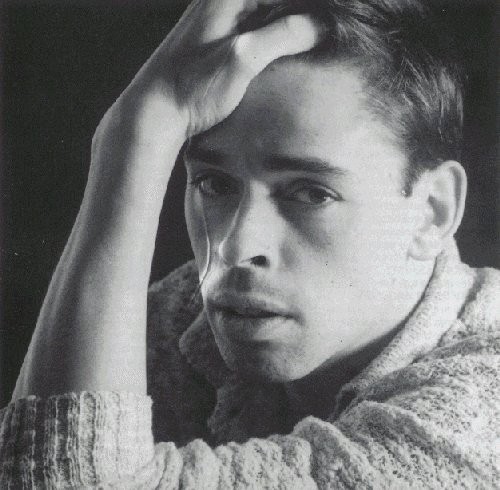 I'm not sure how long it's been exactly since Jacques Brel is Alive and Well and Living in Paris last played on a Memphis stage. I'm not certain that I want to know because knowing will make me feel like a fossil. It has to have been 20 years. It was last seen at Circuit Playhouse where it's being revived beginning this weekend. The last production opened sometime in the early 90's and featured the great Jim Ostrander performing alongside a newcomer named Michael Detroit. At least that's how things were supposed to happen. I'd recently formed a small theater company with the show's director Sidney Lynch and had agreed to sit in on rehearsals as her extra set of eyes and ears. It was a silly proposition really because I knew very little about Brel at the time and had no idea what to expect. I certainly didn't anticipate being so completely devastated by what I heard. I honestly don't think I'd been so high on language and rhythm since Shakespeare was first poured down my throat.

Shortly before that production was scheduled to open Mike became seriously ill and it was clear he couldn't go on. Sidney looked at me and I held my hands up in surrender. I wasn't that kind of singer and even if I was there was no way I could learn all those amazing songs so quickly. Calls were made, drinks were drunk and hands were wrung. That's when Jim Ostrander did the most amazing thing I've ever seen. He told Sidney not to worry. He'd done the show before and knew every note. He could sing Michael's songs too. And so he did. It was a superhuman effort and I must have watched him do it ten times at least. It's not just one of my favorite shows it's one of my favorite memories. That's why I am so pleased to present right here in one epic blog post every damn song from Jacques Brel is Alive & Well and Living in Paris as performed by Dusty Springfield, Ray Charles, David Bowie, The Dresden Dolls, Marlene Dietrich, Marc Almond and of course, Jacques Brel. Annotated for your pleasure.

Marathon: If there is a better song about the relentlessness of time I don't know it

We must dance because the Thirties scream
The Thirties scream because the Horsemen ride
Orphan Annie lives, Daddy Warbucks dies
Breadlines, shanty towns, Frankenstein's bride
Adolf Hitler and the Siegfried follies
Joseph Stalin and a bag full of jollies
Call your broker and buy marzipan
While we keep on dancing, dancing on and on

Alone: What begins as a bittersweet ode on the capriciousness of young love evolves into a massive political statement touching on issues of war, power, and fame as it staggers toward apocalypse.

We're loyal, you and I
To flowers that are dead
We forget how to cry
We save photos instead
And we find...we're alone


I Loved
: A sweet coming of age story turns into a defiant declaration of independance.

You thought I'd never live it down
Yet you see, I've forgotten your name

Bachelor's Dance An innocent imagining perfect love. A charmer from the first note.

Timid Frieda, will they lead her?
On the street where the cops all perish
For they can't break her and she can take her
Brave new fuck you stand


My Death: An uplifting little tune about death and uncertainty. With just a hint of sex. David Bowie is a big Brel fan and this is his cover.

The Girls and the Dogs: Why does Fido have to go?

They give nothing at all

They just lift a leg

As they watch it end

They give nothing at all

And that's the reason why

Jackie: Sometimes we all need to self-mythologize a little.

My name would then be handsome Jack

And I'd sell boats of opium

Whiskey that came from Twickenham

The Statue: Some words from an unknown soldier.

Me, who even prayed to Satan

Every time I was in love

Me, who even prayed to Satan

Whenever I was scared of God

Desperate Ones To be honest I've never liked this one. It's like something a 15-year-old Goth girl might write in her journal. And even when I liked Goth girls I never wanted to peek inside the notebook.


And underneath the bridge

The waters sweet and deep

There is the journey's end

The land of endless sleep

Sons of...: Brel at his most sentimental.

Sons of the great or sons unknown

And they turn and they dance

And they laugh and they lust

Till the rancid sound of

Then out to the night

With their pride in their pants

With the slut that they tow

Underneath the street lamps

The magnificent Dresden Dolls have also been known to cover Amsterdam.

The Bulls: Brel does Piccasso in this comic but no less disturbing thumbnail sketch of a bullfight.

On Sundays the bulls get so bored

When they are asked to show off for us

There is the sun, the sand, and the arena

There are the bulls ready to bleed for us

It's the time when grocery clerks become Don Juan

It's the time when all ugly girls

They hold each other's hand like children in the dark

But one will get lost anyway

And the other will remain just sitting in that room

Which makes no sound

Marieke: A memory of Flanders.

The bells have rung, the echoes sound

The day is gone

In Flanders field the echoes sound

The day is gone

BrusselsA nostalgic look back at at time when everything was thoroughly modern. Put on your spats and your high button shoes... and have a ball.

Not a time for crying

How the heart was flying

There was my grandfather

There was my grandmother

He knew how to do it

And she let him do it

Fanette: This song begs for a baguette and a bottle of wine.

We were two friends in love, Fanette and I

The empty beach was warm deceitful in July

Funeral Tango: Death is so humiliating.

All doors are open wide

They poke around inside

My desk, my drawers, my trunk

There's nothing left to hide

The Middle Class: There's a little bougie in all of us.

The fatter they get, the less they regret

You're Not Alone Brel has a very special gift for mixing impossible sweetness with abject horror. In this relentlessly hopeful song a caring husband or wife does everything he or she can to save their lover form a dark depression.

And if you still feel sad

When that was all we had

The paradise in bed, remember that instead

Instead of all these sorrows

Next: Losing one's virginity in a mobile army whorehouse can leave quite an impression.

Me, I really would have liked

A little touch of tenderness

Maybe a word, a smile

An hour of happiness

Carousel: A metaphor for everything.


We're on a ferris wheel

A wheel within a wheel

And suddenly we feel

The stars begin to reel

And down again around

And up again around

And up again around

If We Only Have Love: Sappy and essential.

If we only have love

Then the parched desert earth

These songs weren't in the original production but have been included in various revivals.

If You Go Away sung by Ray Charles.

If that left you craving more here's Marlene Dietrich performing it in German. Dusty does it too. And Cyndi Lauper. And just about everybody else.

Le Moribond as performed by Beirut

Jacques Brel is Alive and Well and Living in Paris is at the Circuit Playhouse from April 16 till May 9, 2010

UPDATE: A friend just pointed out a terrible omission: Scott Walker. Walker's the vocalist who introduced artists like Bowie and Dusty Springfield (and by that I mean most English-speaking Baby Boomers) to Brel's songs at a time when his work wasn't all that well known outside of France. Here's Walker doing Mathilde. And one of my favorites, Jackie.