Will Call: Tips and tidbits for the theatrically inclined. 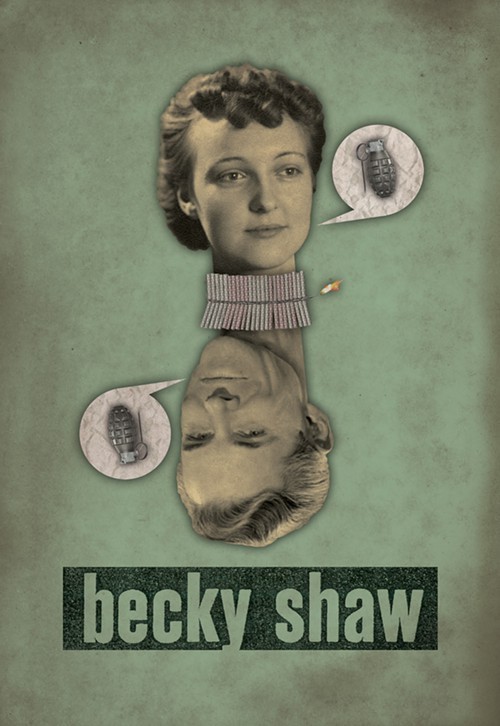 Last week was a great week.

Friday, I kicked things off with a visit to the Global Hamlets Symposium, which, given the 20-minute time limit imposed on the assembled Shakespeare experts, felt like I’d stumbled across a live Ted Talk channel created exclusively for theatre nerds with a taste for history and international affairs. Who knew that watching serious Shakespeareans doing scholarship-lite could be such a great way to spend a beautiful fall afternoon?

Well, I guess I did.

It's always fun to encounter Canty in different contexts and observe his campaign to change Opera’s image. He recently slipped me a handful of stickers he’d made which took Shepard Fairey’s famous image of Andre the Giant and changed the word “Obey” to “Opera.” It doesn’t say “Opera Memphis” anywhere. There’s no website or season ticket offer. Just “Opera.”

Canty said he doesn’t approve of sticker vandalism. But (wink, wink, nudge, nudge) if Obey/Opera stickers start showing up places, what’s a guy to do?

I was surprised that nobody involved in the Hamlet symposium followed me to Becky Shaw at the U of M. It’s a savage comedy that borrows heavily from the original Man in Black. I was more surprised at how much of Shakespeare I saw in Katori Hall’s Hurt Village at the Hattiloo, and have to wonder if I wasn’t fully under the influence of a great symposium. But no, intended or not all the Gorky and the Shakespeare is all there packed into the most Memphis-centric play you're likely to see any time soon.

In my truncated review I compare Hurt Village to Hamlet, but that’s not right. Or it’s not enough, rather. Memphis is a place where people spin rhyming soliloquies when they walk down the street by themselves. But Hurt Village is more like a history play. It's Richard III and Romeo and Juliet but with almost no emphasis on the lovers who won't survive long enough to kill themselves.

At one of Rhodes previous Shakespeare symposiums a scholar described Romeo’s journey from ineloquence to mastery of the sonnet. That’s was the first thing that entered my mind when Hall’s unlikely Romeo character turned out to be a stutterer. One gets the impression that his condition might have improved had a first kiss not also turned out to be a last kiss.

One regret: I missed Project: Motion’s opening weekend of Mixology. Hopefully I'll make it by before Sunday's closing.

This is another good week for seeing shows.

Somehow, over the years, I’ve fallen out of love with Les Liaisons Dangereuses, which opens at Theater Memphis this weekend. The epistolary novel isn’t landmark because the story is especially good but because of how it’s told. Each time one character writes another character s/he’s a different kind narrator with different intentions. The letters are like masked dancers at a ball. When the music stops, after the blood and the blindness and the smallpox the characters behind all the inky intrigue finally come into focus.

But that’s only a part of what draws us back. The 1988 film with John Malkovich and Glenn Close paid homage to the “mask” with its fetishistic shots of wigs being prepared, and faces being painted and powdered. But it’s about the sex, isn't it? And the manipulation. And the cruelty. And the vengeance. And blood in the snow. As these comparative videos might suggest, it's a French American Psycho, add bodice-ripping and subtract the satirical point of view.

Overheard on the Facebooks: Actress Claire Hayner never wears the same gown twice in Theatre Memphis’ revival. That's unconfirmed and possibly overstated but still, two birds drop with that single shot of gossip. First, even if the truth of the matter is stretched, any anachronistic reading of Liaisons as a critique of Aristocratic decadence may be undercut by some actual decadence. Also, if there was ever a reason for someone who’s cooled on the talky show to heat back up, it’s an opportunity to see Hayner take on the Marquise de Merteul. Great part, spectacular performer.

To say nothing of his considerable talent, the frequently shirtless and sometimes nearly nude John Moore will, at the very least fill Valmont’s tights and make the ladies swoon. Certain gentlemen too. But Hyner’s why I'm reserving a ticket.

During the Women's Theatre Festival of Memphis I participated in a loose, but still pretty good reading of Natalie Parker- Lawrence’s original script I Bet They're Asleep All Over America, which Our Own Voice Theatre Company closes this weekend at Theatreworks.

Insomnia is the theme that, theoretically, draws a battery of monologuing characters together to make sometimes comical, and sometimes chilling confessions.

I didn't think the playwright had addressed some important questions. Why are these characters talking? Who are they talking to? Why are all these threads being woven into a single fabric? And does any of it have anything to do with insomnia?

At the reading she said she’d been spending time in public spaces and her monologues were enhanced versions of conversations she’d overheard. Insomnia was a frame she added.

This is one for fans of new work, still in the oven. I Bet is exciting because it’s an introduction to a new playwright with a strong sense for character and voice who’s still working on artifice, framing and composition.