It's time for the annual, and often pathetic ritual in which I attempt to predict the Ostrander winners and fail miserably. Of course this process is always more fun when others participate, so send me your lists via email, or paste them into comments. I'll dig into my special prize box and find something nice for the person who beats me with the most correct answers.

Note, I'm not predicting in every category. That's not to say others can't, but when everything's tallied up I'll only count the categories predicted here. Now, without further ado...

Douglas Gilpin’s designed a perfectly detailed Brooklyn apartment for Time Stands Still at The Circuit Playhouse but the only possible winner of this category is Mark Guirguis. His operatic design for Angels In America, Part I and Part II at Playhouse on the Square would have made Adolphe Appia proud.

Andre´ Bruce Ward will need to build an addition onto his house for all of his Ostrander Awards. His costumes for Theatre Memphis’ Dangerous Liaisons were impressive the first time around. And I’m pretty sure a couple of them put in a cameo in Singin’ in the Rain. He should take home yet another

LIGHTING
A Wagnerian set requires Wagnerian lighting. John Horan will win for Angels In America, Part I and II at Playhouse on the Square.

Who got robbed: John Horan is nominated for two shows and his lighting for Angels in America will probably win. But his lighting for Miss Saigon blew me away. I'd rather muck out a stable than sit through another Saigon airlift, but throughout the show I just kept thinking, "This is absolutely beautiful."

Robin Owens got to turn Wesley Barnes into Joan Crawford: Ruthless! The Musical Germantown Community Theatre. That smells like Ostrander to me.

I’m at a slight disadvantage predicting the musical awards this season since I missed Fiddler on the Roof. But Renee Kemper’s music direction for The Color Purple— like everything else about The Color Purple— was pitch perfect.

Emma Crystal’s choreography for The Color Purple Playhouse on the Square was witty and helped to define characters and to tell the sprawling story. It’s some of the best work I’ve seen locally, and it deserves the Ostrander.

SUPPORTING ACTRESS IN A MUSICAL

Valerie Houston was the best thing about Ma Rainey’s Black Bottom, and it’s a crime that she wasn’t nominated for that performance. So hopefully she’ll win for The Color Purple at Playhouse on the Square.

Who got robbed: Emma Crystal's performance in A Chorus Line was a season highlight. This was a tragic oversight.

SUPPORTING ACTOR IN A MUSICAL

This is a hard category to call. AJ Bernard did some of his best work to date in The Color Purple but I think the Ostrander may favor Wesley Barnes’ work in Ruthless! or Bill Andrews, who was excellent as Max in Sunset Blvd. I’m going out on a limb and picking Andrews.

LEADING ACTRESS IN A MUSICAL

I’m not exactly what you’d call a Legally Blonde fan but POTS production was pretty perfect and Amy Polumbo gave one of the season’s best performances. But nothing could touch Claire D. Kolheim in The Color Purple, also at Playhouse on the Square. And she’ll win.

LEADING ACTOR IN A MUSICAL

Wet or dry, nobody was better than Rob Hanford in Singin’ in the Rain, Theatre Memphis

DIRECTION OF A MUSICAL

This was a great year for Playhouse on the Square, with the possible exception of Angels in America, The Color Purple was probably the high water mark.

Who got robbed: Ruthless! Was fine, but Michael Duggan has staged this one before, and he's done it better. Although The Color Purple stood head and shoulders over all comers, Altar Boyz, and Legally Blonde were perfectly cast and executed. And Theatre Memphis' A Chorus Line was a fine example of why that show has so much staying power.

SUPPORTING ACTRESS IN A DRAMA

This was a fantastic year for Liz Sharpe. Personally, I think she should be nominated for her work in Hot L Baltimore. But she’s most likely to win for her performance as a sympathetic pill-head in Angels In America.

SUPPORTING ACTOR IN A DRAMA

Hurt Village is a true ensemble piece. Every actor is a supporting actor, and every actor has their moment taking the lead. JS Tate and James Cook were both outstanding as denizens of Memphis’ lower depths. But this will probably come down to a contest between David Foster and Dave Landis in Angels in America, if the judges don’t cop out and give them both an award. I’m choosing Landis, because he was clearly having a blast playing a brutish Harry Brock style politician.

LEADING ACTRESS IN A DRAMA

Kim Justis was great inGood People, as was Kell Christie in Six Degrees of Separation and Aliza Moran in Tally’s Folly. But Tracie Hansom was fearless in Bug. I try to not play favorites, but I want to see Hansom take this.

Who got robbed: Leigh Bray Nichols, in a role that strangely echoed her sweeter performance in the musical Violet, was fantastic as a disfigured war zone photographer. And while I have some issues with the play Sylvia, Aliza Moran—thankfully nominated for her work in Tally’s Folly— was brilliant in the title role.

LEADING ACTOR IN A DRAMA

I don’t even know why we’re going on with this ridiculous charade. Just give the award to Jerre Dye for his superb scenery chewing in Angels In America, and lets be done. Hilarious and heartbreaking.

Who Got Robbed: Lots of people. Hurt Village’s two best shots at this award are nominated in the supporting actor category. And even then, they aren’t the show’s most likely leads by a long shot. Where were the nominations for Delvin Brown and Emmanuel McKinney, who were both so deserving as lifelong friends in a place where life is cheap?

Also, if I was John Moore, I’d call the police and report a stolen nomination. It takes a lot of cojones to nominate one actor from A Steady Rain, and not the other. Moore did his best work here and got bupkis. Not that it matters much with Dye in the house.

This should probably go to either the casts of Hurt Village or Sarifina at the Hattiloo Theatre but I’m predicting a nearly clean sweep for Angels In America. So, Angels it is. 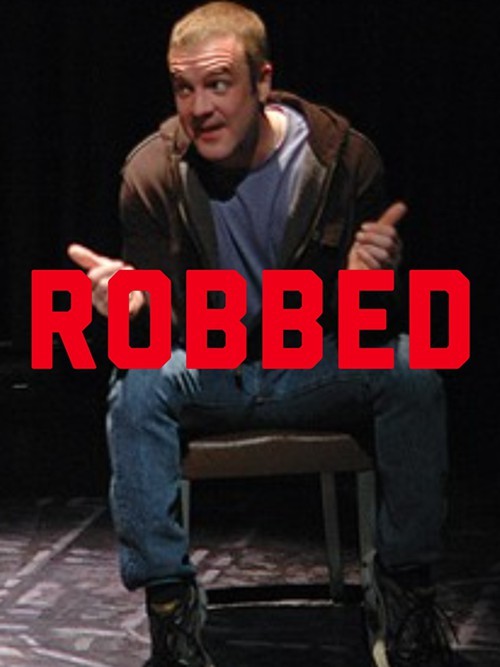 DIRECTION OF A DRAMATIC PRODUCTION

Hurt Village was inventively staged, but Irene Crist gets extra points just for taking on an epic like Angels In America. She gets my nod because she knocked it out of the park.

Who got robbed: Time Stands Still earned a few nominations, but in a season packed with showier works I think this powerful, politically savvy show got lost in the shuffle. Too bad, because in any normal season it would have been a highlight, not an also ran.

These are my picks and I'm sticking to them. Challengers should submit their picks no later than noon, August 25.