New Moves: New Ballet Ensemble to Perform at the Kennedy Center- May 10-13th

The most exciting thing about the New Ballet Ensemble & School (NBE) is that the company consistently lives up to its name. If the moves coming out of NBE aren't all hot off the grill the combinations are certainly fresh, pulling together Memphis street, ballet, and flamenco in a way that lets all three traditions stand out even as they disappear into the gumbo. It only makes sense that the company that helped to launch the career of super jooker Charles "Lil Buck" Riley would be chosen as one of three dance companies nationwide to perform in the Kennedy Center's NEW MOVES: symphony + dance Concert with the National Symphony Orchestra in Washington, D.C.

Over the course of a two-week festival conductor Thomas Wilkins will introduce audiences to works by American artists coupled with world premier dance commissions.

NBE's commissioned work was created by the company's founding artistic director, Katie Smythe and choreographed with the ensemble to Duke Ellington's “Tone Parallel to Harlem.” 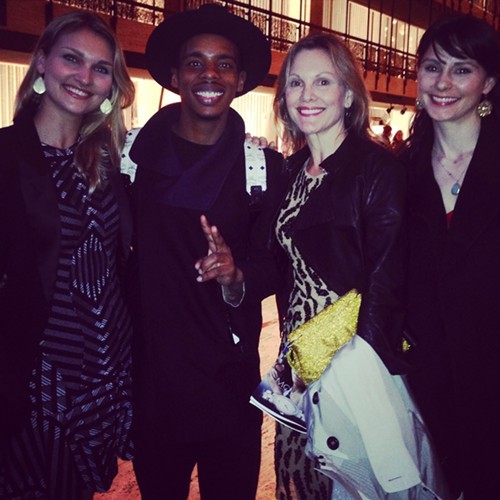 National interest in New Ballet Ensemble stems, in part, from Lil Buck's incredible success. He has toured with Madonna and Yo Yo Ma. He's shot commercials for the Gap, danced with the Cirque du Soleil's Michael Jackson tribute One, and was named in Dance Magazine as being one of 25 dancers to watch. More recently the 2014 Vail International Dance Festival named Lil Buck Artist-in-Residence.

Buck grew grew up dancing and making Jookin videos with family and friends in Orange Mound before enrolling in NBE's scholarship and professional development program. He is scheduled to appear on CBS This Morning with Wynton Marsalis Thursday, May 8.

Lil Buck isn't the only NBE dancer making a name for himself. Maxx Reed , who plays the villain Electro in the Broadway cast of Spider-Man: Turn Off the Dark is also an alum.

Even more good news arrived for NBE this week in the form of a letter from the President's Committee on Arts and the Humanities. NBE was chosen from among 360 nominees as a finalist for a 2014 National Arts and Humanities Youth Program Award, the Nation's highest honor for out-of-school arts programs that foster creativity in young people.