Son of Phantom: Actor Ben Jacoby reflects on changes to Andrew Lloyd Webber’s beloved horror show The Phantom of the Opera, and his father Mark Jacoby, who portrayed the titular ghoul on Broadway. 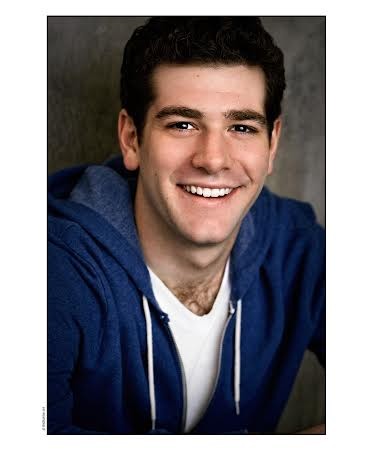 The songs remain the same, the costumes are original, and the chandelier still falls, but that may be all that fans  of Andrew Lloyd Webber’s The Phantom of the Opera find familiar in a revamped tour currently docked at The Orpheum. Actor Ben Jacoby-- the son of former Broadway Phantom Mark Jacoby— plays Raoul in the retooled show, and has shared some thoughts about his lifelong relationship with the material.


Intermission Impossible. As a legacy— having been a kid when your dad played the Phantom on Broadway— and now playing Raoul in an updated tour, I suspect you spend a lot of time telling people about the differences between the two productions.

Ben Jacoby: People do ask about that a lot.

Are people protective? Do they want it to not change. Or are they ready to see something new?

I have come across people who feel they have a certain ownership. But by and large people are interested. And they are usually happy with the updates. New life has been breathed into the show. And even devoted fans understand the need to do that.

You once told an interviewer that you have no specific memory as to when you first heard the music in this show. It’s something that’s always been with you.

You mentioned that my father played the Phantom. I was three when he started and five when he finished. I don’t remember being introduced to the music. My day was just going to work. This is what he did every night.


Being so close to the material must have made you feel like you had an edge over the competition in auditions.

Ironically, it almost felt like the opposite. I didn’t want a new director to think I was inclined to do the show the original way.

I just meant the deep familiarity— knowing the songs and the way people know something their whole life.

The director didn’t know instantly. It was maybe the third rehearsal when he said somebody had told him my dad played the Phantom.

Some people follow in their parents footsteps, others need to clearly establish their own identity, or move as far away as possible…

I didn’t feel the need to get very far away. I wouldn’t be in this business. I do hope Phantom and musicals are just a small piece of what I do. Because I also want to do TV and film, and plays. I’d like to do Shakespeare. Everyone wants to be versatile and have as broad a range of work as possible.

What are some of the most significant production changes in your opinion?

I can say that the set has been entirely redesigned. The original is so stylized, and this is much more realistic. The set is just massive. I see the mausoleum and the graveyard and I just can’t believe that they travel these pieces. They look like they should live wherever they are.

Also a lot of the tricks we know and love have been updated and there are a whole lot more moving pieces. It takes over 20 trucks to move it all. I marvel that we get it all from city to city.

That’s a lot of set.

I feel like I’m a part of something huge. There are so many moving pieces. And yet, at the same time if feels more intimate. We have addressed the realities of the moments, and the stakes involved, and there is nothing melodramatic about it. There is an opera ghost that’s killing people. Christine thinks she’s next and Raoul has to comfort her through that.


Andrew Lloyd Webber’s The Phantom of the Opera is at the Orpheum through October 5. For ticket information, here’s your click.