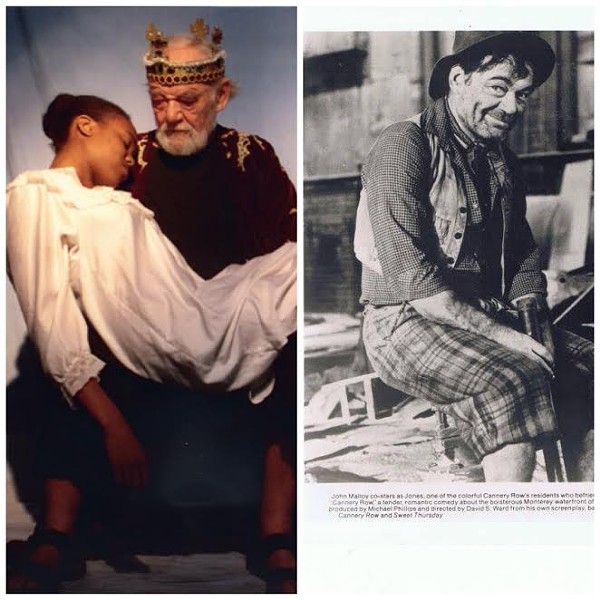 Malloy, who passed away this week at the age of 82, was a character actor's character actor, as comfortable on stage as he was in front of a camera. He played one of the lovable bum's in the 1982 film adaptation of John Steinbeck's Cannery Row with Nick Nolte and Debra Winger, and appeared in a number of other films such as Black Snake Moan, Hoffa, and My Blueberry Nights. Malloy also taught theater classes for the University of Memphis' Continuing Education program. "

I only had the pleasure of working with Malloy once, in a rough and tumble production of Shakespeare's Henry V, produced in the beer garden of the Tennessee Brewery. The gruff-edged actor loved Shakespeare, and loved acting as much as anyone I've ever seen. He told the best backstage stories and was incredibly patient as a certain young actor (turned theater critic) asked endless questions about McNary Co. Sheriff Buford Pusser and the drive-in movie classic, Walking Tall: The Final Chapter.

If you don't know about Pusser and the Walking Tall Movies, this is as good a place as any to start.

In the final installment of the original Walking Tall trilogy, Malloy played Mel, a Hollywood producer who comes to Tennessee to make a movie about Pusser's tragic life and crime-fighting exploits.

Here's the scene where Mel meets Buford. I especially enjoy how believably Bo Svenson, the actor playing Pusser, delivers the line, "huh?" Enjoy it. And rest in peace John Malloy, you were one of a kind.