Schools for Scandal: The U of M Revives a Timeless Comedy

November 05, 2015
3 comments
The compulsion to share information — especially malicious and witty information — didn't start with digital peer to peer media. It just became more obvious, and easy to feed. That's why It's surprising to me (a bit) that local theater folks are just now getting around to reviving Richard Brinsley Sheridan's The School for Scandal, a funny, wordy comedy about how — to borrow a line from Sheridan's Lady Candour — the "tale-bearers are as bad as the tale-makers."

From the looks of things U of M director Stephen Hancock knows just how up to date this 18th-Century comedy can be. He's set his production on the campus of a 21st-Century university.

This isn't the first time a local college or university has given Sheridan's script an update. This 90's-era production at Rhodes College was set in late 20th-Century Memphis. It was directed by the great Ellis Rabb who kept the script mostly in tact, but who updated place names, idioms, and proper nouns to incredible effect. 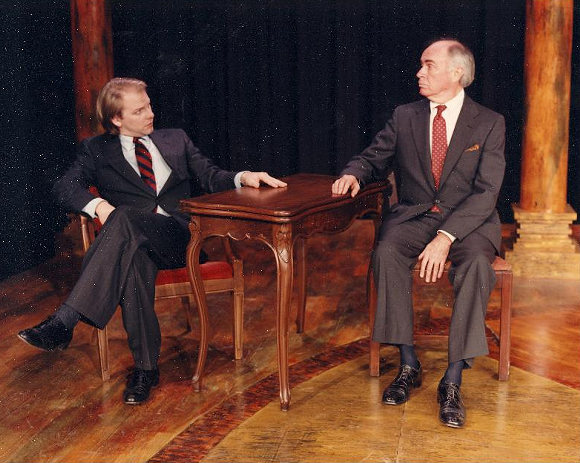 The U of M has also produced a more traditional take on the material. This 1986 production was directed by the also great Josie Helming. 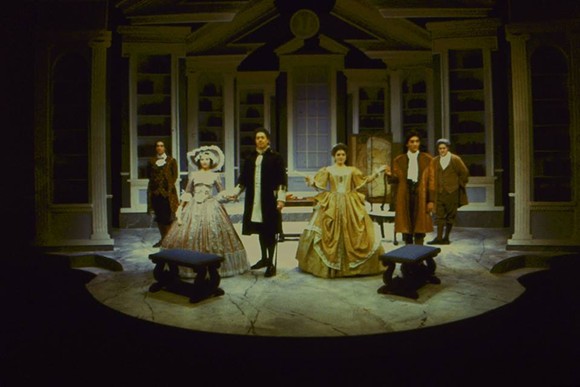