Monday, June 6, 2016 was a big night for Memphis theater in Chicago. The cast of Byhalia Mississippi was honored with two non-equity Jeffs, including the prize for Best New Work awarded to playwright (and past Playhouse on the Square intern) Evan Linder.

"Holy Shit!" Those were the first heartfelt words of Cecelia WIngate's acceptance speech.

Holy shit, indeed. Wingate's a terrific player but she’s better known locally for directing monster hits like The Producers, The Addams Family, [Title of Show], Young Frankenstein, and Altar Boyz. Her performance as a loving but irredeemably racist grandmother earned the Jeff for Best Actress in a Supporting Role.

Memphis expat Liz Sharpe was nominated for Best Actress in a Leading role, but lost to Amanda Drinkall for her performance in Last Train to Nibroc.  Theater fans my remember Sharpe as Jackie, the tough survivor in Lanford Wilson’s Hot L Baltimore, or as the Valium-addicted Harper in Angels in America at Playhouse on the Square.  She played Byhalia’s protagonist, Laurel, a young mother who doesn’t always make the best decisions.

The big winner, of course, is the play itself. Byhalia, Mississippi co-premiered in four cities: Memphis, Chicago, Toronto, and Charleston. It’s since been picked up by Chicago’s Steppenwolf Theatre where it opens in July.

Linder's a co-founder of Chicago's New Colony theater collective. The Warriors, The New Colony's fantastic docudrama about survivors of a playground shooting in Jonesboro was recently adapted for audio-only by Memphis' Chatterbox Audio Theatre.

Give it a listen. 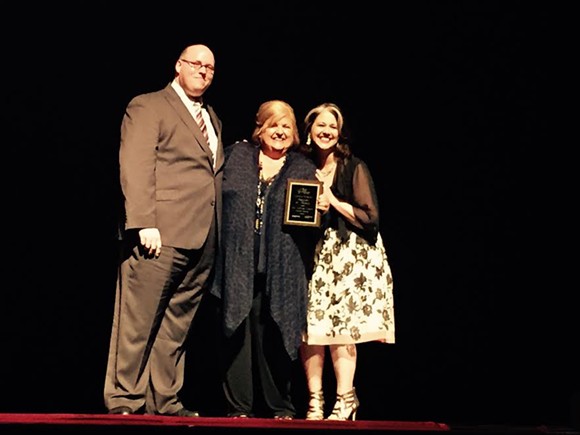 CORRECTION: This post originally named Liz Sharpe as a winner. She was a nominee, but didn't win. But she shoulda, dammit.