Where Do All The Frankie Vallis Come From? Frankie Camp, That's Where. 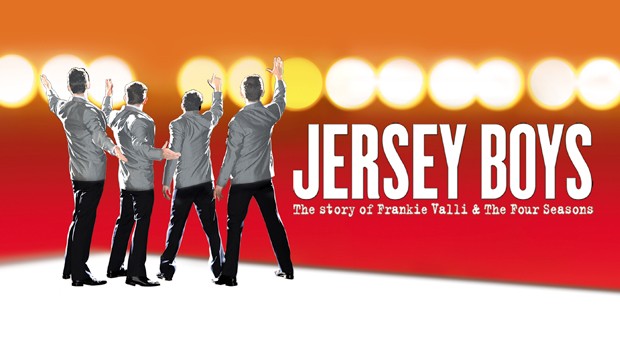 Jersey Boys isn't just one of the most successful jukebox musicals of all time, it's one of the most successful musicals period. But, because all the actors are required to play their own instruments and the lead character —Frankie Valli — sings 30-numbers in an impossibly high falsetto, keeping numerous resident and touring companies fully staffed requires a casting strategy as unique as the show. Richard Hester, the show's original stage manager talked to Intermission Impossible about where all the Frankies come from — a little place called Frankie Camp.

Intermission Impossible: I've heard of all kinds of dance camps, and vocal camps that get actors up to speed to join big tours. Frankie Camp sounds completely different.

Richard Hester: How it all came about— I was the original stage manager of the show at La Jolla in 2005. Almost immediately thereafter I became the supervisor of the companies because we started opening so many of them all over the world. One of the things I’m responsible for is all the preliminary casting along with our casting associate, Merri Sugarman. Merri and I are responsible for all companies — at one point 11 worldwide, staffed and cast. Each company requires four guys who can play Frankie Valli, because the role is so demanding.

I know big shows like Jersey Boys spin off all kinds of almost cottage industry. You have to have fabric for the costumes, matching or similar props, etc. This is maybe the human resources version of that?

The problem we found, having to find four guys for every company, is that the pool of guys who can actually do this is limited. Anybody who plays Frankie has to be 5’9” or shorter. They have to be vaguely Mediterranean looking. We can help that in some regards. We’ve had a Lebanese Frankie and a Native American Frankie you could sort of buy as Italian. They have to be able to sing up in that falsetto. Frankie sings 30 songs in falsetto. They have to be able to dance well. And act, aging from 14 to 70. Without makeup.

The problem is all the guys who don’t have that control and you start getting pitchy versions. Hits you right in the fillings. tweet this
So how does it work?

We do open auditions several times a year. Will also do specific trips to places like Los Angeles or Boston or Orlando — places that have a music community. Where we can find people who wouldn’t necessarily come to a call in New York. So, over time, we gather these guys. When we get 100-120 of them we’ll have a couple of days in New York where we bring them all in, listen to them sing and compare them to each other. Out of that group we’ll pick a maximum of 10-people — to either fill a Frankie, Joe Pesci or swing slot. And we put those 10 people through a rigorous week’s worth of work. They each get a day with our choreographer. Our vocal coach, who’s worked with people like Jon Bon Jovi, works with every Frankie. If you go to a normal music theater vocal coach, you can’t sing rock-and-roll properly. You know, if Jon Bon Jovi gets sick and cancels an arena show, that’s a loss of several million dollars. His voice has to be strong enough to get through these concerts.

How many guys make it?

120 guys over the course of several months boiling down to Frankie camp — if we’re lucky we yield 2 or 3 guys who can really do the role.

I'm sure the theater guys are looking for different things than Frankie, and Bob Gaudio. Does that ever create conflict.

Bob and Frankie to their credit are pretty hands off. They trust us and know we’re looking ut for them. And nobody ever copies a role. When somebody comes in we want them to find their own way through it— to bring their personality to the role.

How to put this. I love the Four Seasons. But listening to all those guys singing falsetto — Ouch. Do you have to go home and listen to guided meditation tapes? Waves crashing? Wind blowing?

I’ve worked on a lot of other musicals. I always get bored with the music in a year or two, and I’ve never done a show longer than two years or so. I’ve been working on this one for twelve, and I’m still not bored with the music. But I’ll tell you this, a day of listening to 120 guys singing “Walk Like a Man,” is enough to make your fillings come out sometimes. When you hear somebody who can really do it, and has the control, that’s exciting. The problem is all the guys who don’t have that control and you start getting pitchy versions. Hits you right in the fillings.

Not blowing smoke. I see so many tours that just look tired. These people have been doing the same parts over and over for a long time, and have lost steam. Not Jersey Boys. Every time I see it it's as good as the last time. Sometimes better.

We check in on the companies as often as we can and make sure they are running the way they should. There’s something about the way Jersey Boys is constructed with music and underscoring that moves like a freight train. Also, for whatever reason, we always seem to have happy companies. They always seem to enjoy what they’re doing. Really, what person hasn’t dreamed of being paid to be a rock star. Audiences treat these guys like rock stars, and they thoroughly enjoy it. It’s also a satisfying script to act.

You could almost take the music away and have an interesting night of theater.

You could. But why would you...