Nuremberg Revisited: An Indie Theater Company Does its Homework

Warren Kramer isn’t a hip-hop artist, but some of this elderly Jewish man’s stories would sound just fine with a beat under them. Like the story of how impressed he was by British law enforcement — when he finally got to England. Kramer was a good kid, but when he was a teenager, growing up in Nuremberg during Hitler’s rise to power, and the steady otherizing of the Jews, the Roma, homosexuals, and persons with disabilities, encounters with the police always meant trouble.

Kramer, who escaped Germany aboard the Kindertransport in 1939, sat center stage at TheatreWorks Wednesday night, and and told stories about growing up in Nuremberg, the site of major Nazi rallies, and namesake for the antisemitic Nuremberg laws. He also took probing questions from the cast and crew of Judgement at Nuremberg, a minimalist presentation of the epic trial drama closing in that space this weekend.

Kramer remembers the steady transformation from concern and anxiety to fear as life began to change. At first nobody took Hitler that seriously. He was a passing fancy. Then he wasn’t. Jewish faces were seen broadly cartooned in national media. Public school was made unavailable. And then Kristallnacht happened — the night of broken glass.

Kramer says his neighbors apologized before smashing everything in his house, turning the family’s life upside down.

Veteran actor/director Marler Stone launched his new CentreStage company with a production of Ibsen’s Enemy of the People. Judgment, which dissects the rise of inhumanity in Hitler’s Germany, is his second production. Stone says his aim is to present work that is majestic, fraught with struggle and heroism.

Kramer’s story has as happy an ending as one could hope for given the circumstances. His family survived the camps and were reunited in New York in 1947. His story is one of a time and place where heroes were desperately needed, but in incredibly short supply. His impact on the Judgment cast moving, if not actually majestic.

Judgment at Nuremberg is at TheatreWorks through April 30. Check out the slideshow.

Slideshow Judgment at Nuremberg at TheatreWorks 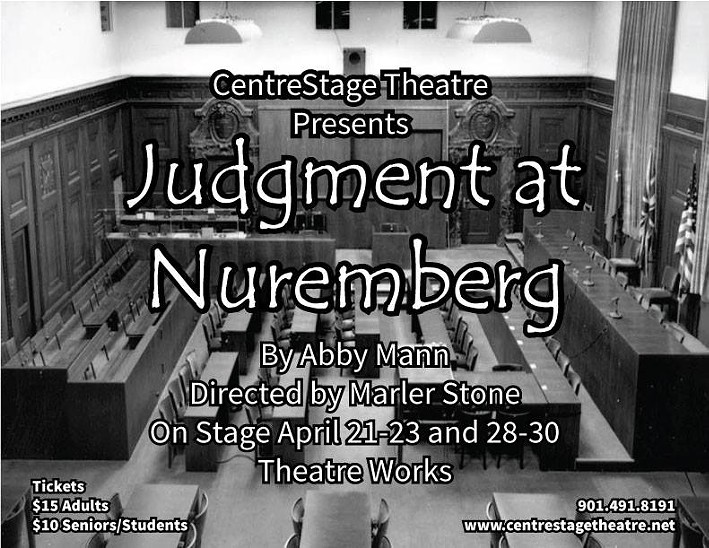 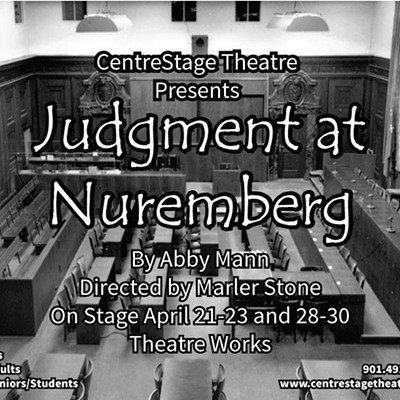 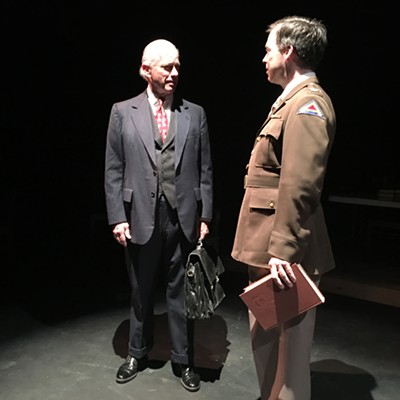 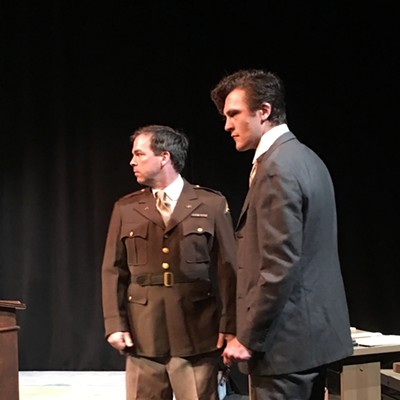 Judgment at Nuremberg at TheatreWorks
Click to View 9 slides