"You've got to be taught to be afraidOf people whose eyes are oddly made,And people whose skin is a diff'rent shade,You've got to be carefully taught.You've got to be taught before it's too late,Before you are six or seven or eight,To hate all the people your relatives hate,You've got to be carefully taught! — "You've Got to Be Carefully Taught," South Pacific tweet this
South Pacific's a peppy musical and liberal touchstone — a Greatest Generation romance set in WWII's Pacific theater and stuffed with 20th-Century standards in almost every sense of the word. But contrary to what the show's famous song says about racism, when it's so systemically ingrained audiences easily mistake the fetishization of submissive Asian girls for tragic romantic love, it has to be carefully untaught. Otherwise it perpetuates with the aid of broadminded heroes like Rodgers & Hammerstein's Emile de Becque, the French planter who says all people are equal and totally had kids with a Polynesian woman but still parties with peers who pay indigenous laborers so little they need American soldiers to harass the competition. To borrow an obvious but useful line from New York Times critic Ben Brantley, "few things in showbiz date more quickly than progressive politics," and today South Pacific — progressive to the point of being scandalous when it landed on Broadway in 1949 — plays out like U.S. Imperialism the Musical!

That's an observation, not a complaint.

South Pacific has always been a conversation piece. Its creators fought hard against fierce pushback to make it so, and in that spirit Theatre Memphis' production feels like a sparkling blue souvenir from a far away land — old and brittle in places, but kept in good condition to pass on to the grandchildren. The musical's frame is naive but sophistication is evidenced in the character of Nellie Forbush a spunky self-described optimist who only sees the best in the world until she finds out the man she loves once loved someone of another race. Her racism is as naked as she is in the musical's pinup-inspired shower scene. It's as fine an example as the musical theater provides of otherwise good people unable to recognize their own prejudices, and ironic in an expansionist-friendly narrative girded with orientalism.  Will Nellie really wash that miscegenationing Emile right out of her hair?  Is extravagant romance in an exotic location with plenty of champagne a meaningful gateway to other kinds of love and tolerance? South Pacific remains vital because, like Nellie the lover who discovers she's a hater in a personally jarring revelation, its ideological shortcomings are so vulnerable, begging for critique, conversation and correction.

Theatre Memphis dares to be garish and when the community playhouse rolls out its big musicals extravagance pushes elegance under the wheels time and time again. Not so this round and even director Jordan Nichols trades his choreography-heavy style for restraint. In this South Pacific, relationships matter more than razzle dazzle. As a result "dames" keep their dignity, and so does the musical's Mother Courage character, Bloody Mary.

Often presented as a Tonkinese cartoon hawking her trinkets and cursing in broken English, Mary's easily criticized for selling her underaged daughter. In the context of privation, war and isolation it's not so hard to see the caring mother trying to get her children out of the plantation system the best way she knows how.

I can't say there's any real spark between Kent Fleshman's Emile and Amy P. Neighbors' Nellie, but great voices and emotional vulnerability add up to great performances.  Noby Ewards sings and acts Bloody Mary beautifully, never allowing the profit-minded character to become a gag. Oliver Pierce makes the hustling sailor Luther Billis an affable clown, and Bloody Mary's all-American counterpart. Bradley Karel cuts a heroic profile as Lt. Cable, without hiding any of his doomed character's flaws. Ensemble characters are perfectly cast, sacrificing finesse for verisimilitude to great effect. But the real stars here are the songs: "Cockeyed Optomist," "Some Enchanted Evening," "Bali Ha'i," "Wash That Man Right Out of My Hair," "I'm in Love With a Wonderful Guy', [DEEP GASPING BREATH] "Younger than Springtime," "Honey Bun," "This Nearly Was Mine" — and the list goes on. All of them perfect, and perfectly presented with lots of heart and little fuss.

South Pacific may not be the groundbreaking progressive statement it was in 1947. Nellie's proud Little Rock heritage will never be as bracing as it was when the film came out in 1958, months after Federal troops rolled into Arkansas to integrate Little Rock Central High. Today a script once described by right-wing critics as a tool of Moscow is more likely to be criticized by the woke left. But for all of that, it holds up better than so many mid-Century musicals, wearing its flaws more like scars than medals. Even in 2017, it wants to foster more than just a bunch of "Happy Talk," and that makes this artifact a keeper. 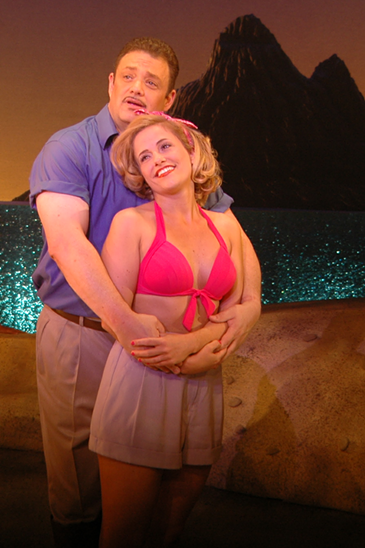 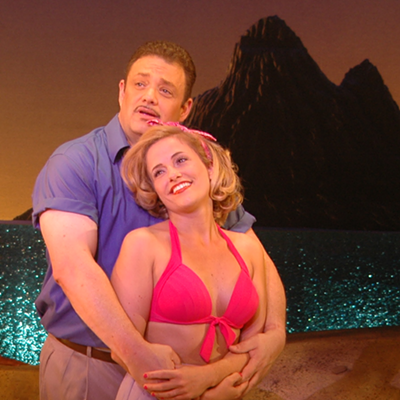 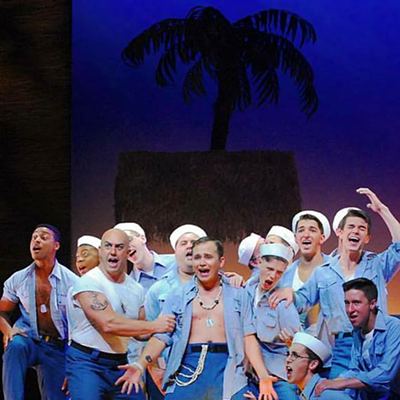 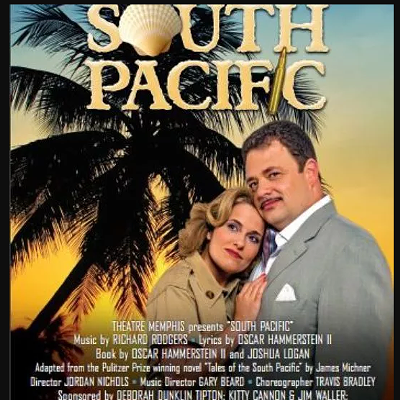