The Light: "The Flick" Rewards patient audiences at Circuit Playhouse

“I hate endings. Just detest them. Beginnings are definitely the most exciting, middles are perplexing and endings are a disaster. … The temptation towards resolution, towards wrapping up the package, seems to me a terrible trap. Why not be more honest with the moment? The most authentic endings are the ones which are already revolving towards another beginning. That’s genius.” — Sam Shepard.

Estragon: We always find something, eh Didi, to give us the impression we exist?


Talk about your liminal spaces, wow. Is there any other point in the universe where the membrane separating soul-eroding minimum-wage reality and vast multiversal fantasy, is so very thin as it is in a cinema when the movie’s over and the crowd’s gone home; When the crew comes in to scrape gum, sweep up popcorn and other human waste? This is context for The Flick, a Pulitzer winner and theatrical endurance test rewarding audience patience with some extraordinary acting and a story considerably greater than its parts. Set during the digital revolution, in a movie theater still projecting film, Annie Baker's slow-burning comedy of awkwardness, is only tangentially about movies. It's more about seeing (or not seeing) the light amid desperation, depression, generational angst, and dead ends in an America where jobs can be scarce and unfulfilling. It's all wrapped in a potent, subtly developed object lesson about the true nature of a thing we vastly misunderstand — white supremacy.

Avery's the newest and most vulnerable member of The Flick staff. He's a young, African-American film nerd with encyclopedic knowledge and a firm belief that, "Nothing projected digitally can truly be called a film." Avery's hipster hobbyhorse creates a kind of converse: Can a show about watching people work, and work, and work truly be called a play? Because so much of The Flick is about watching the cast sweep popcorn up and down the aisles, silently managing the weight of their problems, hopes, fears, and fantasies as they mop up puddles of spilled coke and other unidentifiable substances. The action is redundant, and mind-numbing at first. But just when you think you can't take anymore of this shit, the weight and force of Baker's painstakingly real journey into the absurd hits like a Summer blockbuster.

It's hard to know what's going to happen to Sam. He's an angry white 30-(40?)-something who feels stuck, unappreciated, and overlooked — harmless, but still a pressure-cooker. Now he's breaking out in a mysterious rash too. And he lives at home with his mother who's swimming in credit card debt. The girl he's crushing on got promoted to projectionist over him. Now she's teaching Avery — the guy he trained (to sweep up popcorn) how to run the projector — and maybe she's teaching him more than that, too. Even Sam's younger "retarded" brother has found love and marriage, and something like happiness. To pass the time Avery asks Sam, "What do you want to be when you grow up?"

"I am grown up," Sam answers. Doesn't sound like much, but I'm hard pressed to name a time when any brief exchange in any play has felt so colossal. Maybe in Godot when Estragon says, "I can't go on like this," and Vladimir answers, "That's what you think."

In the projection booth, high above Sam and Avery's labors, Rose splices together the previews of coming attractions, and loads reels onto the projectors. You can see her framed in her little window, like the spidery star of her own silent film. She's the object of Sam's desire — disaffected and damaged, but bright. Her attempt to seduce Avery while screening Sam Peckinpah's The Wild Bunch is like a vaudeville routine turned inside out — a crushing joke, painfully and perfectly rendered.

These are The Flick's primary characters. We get to know them pretty well over three-and-a-quarter hours. But there are other characters too — a patron who sleeps through the end of the credits, a young new-hire who's into his smart phone and already knows how to sweep popcorn. And then there's the theater's Baby-Boomer owner, angling to sell the old movie house and retire. The owner never actually appears on stage but his watch (or lack thereof) impacts lives at The Flick. He's a faintly metaphysical construct, particularly for GenXer Sam, trapped between the famously enormous generation that got to all the good jobs first, and the fresh-faced millennials who'll replace them in a world made evermore impersonal by the invisible hand of the market.

Scenes are divided by blackouts — a projector's blinding beam cutting through the darkness. It flickers with life until the digital conversion happens. Then it's just flat light with no pulse at all.


Sam and Rose take part in a minor league ticket-money-skimming scam Flick employees have been pulling forever. It's called "dinner money" and it nets everybody an extra $10 or so a night to augment their $8.24/hour pay. Avery is coerced into participating against his better judgement. For all of his nerdiness, education, and all around middle-classness, he knows he's still black and the rules are different. And, of course, they are.

Director Jordan Nichols has pulled together a first rate ensemble: Brooke Papritz (Rose), John Maness (Sam), Roman Kalei Kyle (Avery) and Oliver J. Pierce (Skylar/The Dreaming Man). Finely-tuned performances might be described as theatrical mumblecore, but it sure wouldn't hurt for Papritz to project just a little more. She was often hard to hear from the middle of the theater, but not so hard to understand.

I never did write a tribute to Sam Shepard when he passed. It took the wind from my sails. He was my favorite living American playwright and I'm not really sure if I have one of those anymore. But with plays like The Flick, Baker may be in the running. As this production slouched toward its curtain call-free terminus, I was reminded of something Shepard once said about the shape of good drama. “I hate endings. Just detest them," he said. "Beginnings are definitely the most exciting, middles are perplexing and endings are a disaster. … The temptation towards resolution, towards wrapping up the package, seems to me a terrible trap. Why not be more honest with the moment? The most authentic endings are the ones which are already revolving towards another beginning. That’s genius.” That's about right, and the right way to wrap this review. Except for one more thing...

We can put a man on the moon but can't make a theater seat that doesn't turn into an instrument of torture after an hour and a half. That's just barely scratching the first act of this famously crawling show. My advice — bring a pillow. This one's not going to suit everybody, probably and I suspect some folks will pick up and leave at intermission, even if they don't hate the show. I can only encourage folks to stick it out. You'll be glad you did. 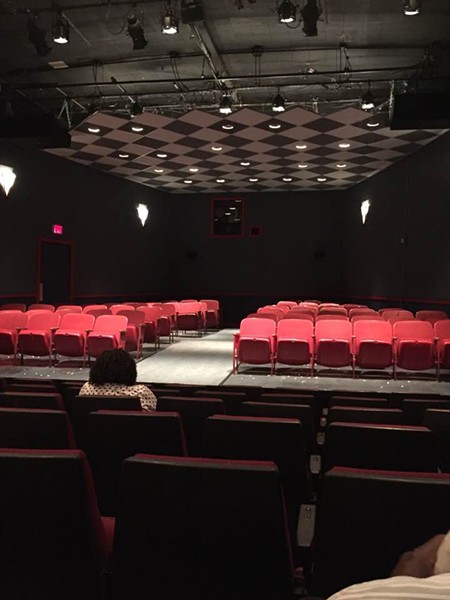