"The Nether" : A horror show about pedophilia without consequence in virtual paradise 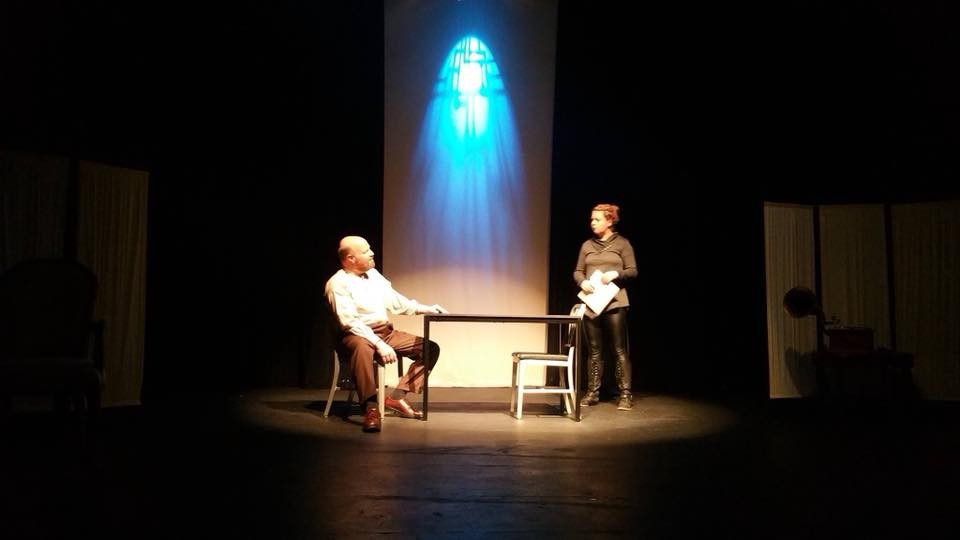 Jennifer Haley's The Nether is a remarkable little play stuffed with big ideas. It’s a near future detective story about investigating pedophilia and brutal murder in a virtual world “without consequence.” It’s another big little play produced by Quark, a company devoted to “small, essential” theatre. With an A-list cast of Memphis actors it’s one brief act of smart, relevant drama — serious stuff with a comic book edge and satisfying moments of dark, blindsiding humor.

Today we call it the internet. In the future it’s the "Nether." And in the future (should we choose to become “shades”) we can leave our physical bodies behind to atrophy, live in our own custom-built avatars and enter into a world without consequence where girls will be boys and boys will be girls and nothing is real — unless it all is. Jillian Barron plays the hardboiled detective here and brings a fierce anime edge to her scenes with Sims/Papa, as played by the honest, always understated Barclay Roberts. Papa invented The Hideaway — a beautiful, faintly Edwardian world where everything is perfect and visitors can have special encounters with little girls (sometimes the avatars of adult men) before chopping them to pieces with an axe.


There are moments when The Nether begins to echo old, dubious warnings about the effect of deviant behaviors in entertainment and video games. Sims/Papa, as played by Roberts, makes the usual (nevertheless icky) counter argument that he provides a safe place for potential bad actors to work through compulsions without actual harm. But, for being such a little play — only 85-minutes long —The Nether is bigger than all that, bird-dogging a variety of near-future challenges that seem almost inevitable.

Quark’s a poor company that embraces its poverty, leans hard on good material and the strongest tool in the theater-maker’s toolbox — imagination. This isn’t bare-stage theater, but it nearly is. There are screens and some furniture, but this show is mostly built of sound. A low electronic buzz defines the real world with more pleasing noises taking us into The Hideaway. And yet, as visually null as this production may be (save for some colorful lighting splashes courtesy of Louisa Koeppel) this play is most likely to appeal to sci-fi fans who’ve enjoyed eye-candy like Blade Runner and HBO’s Westworld.

Stephen Garrett — soon to take a paternity break from the stage — is typically strong as a conflicted patron of The Hideaway who’s more than he seems.

In a difficult role that calls to mind the play’s own cautions about role-playing in a world without consequence, young Molly McFarland stands shoulder to shoulder with her adult co-stars and delivers a brave, polished performance.

From a technical theater standpoint, it’s easy to imagine a better dressed version of The Nether using projection or some other wizardry to paint scenes with pure light. With confident, unfussy direction by Tony Isbell, t’s hard to imagine a more thoughtful or surprising version.

With terrific productions of Blackbird and Years to the Day in the rearview mirror, Quark’s still the new kid on the block. Also a real contender. Good stuff.