"A Song For Coretta" Sounds Good But the Timing's Off 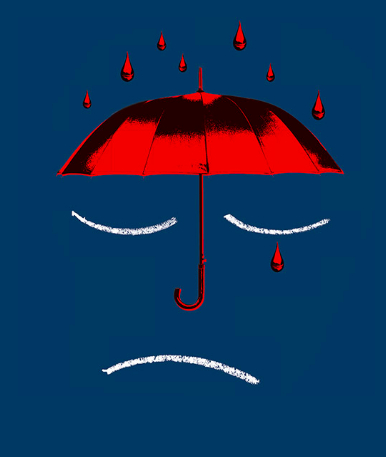 At first I blamed the material. And then it hit me: Pearl Cleage’s odd little one act may end with, “This Little Light of Mine,” but A Song For Coretta is a funeral dirge. It presents as the intertwining stories of women standing in line, patiently waiting to pay their last respects to Civil Rights icon, Coretta Scott King. It’s really the allegorical story of voices that have forgotten how to harmonize and of five individual fingers that have forgotten how to make a fist.

For starters, A Song for Coretta isn’t a musical. It’s a play about generation gaps. We meet a proper, older matriarch, full of bootstraps stories, proud to have participated in Civil Rights events with her parents and satisfied with how far her generation has come. King died in 2006, so millennial bashing wasn’t a thing yet, obvs. But the elder is quick to scold anybody younger and ungrateful enough to complain about anything. We're also introduced to a free-thinking artist and Hurricane Katrina survivor; an ambitious reporter; and a younger, directionless woman from the neighborhood, who’s easy to dismiss but almost impossible to refute.

The secret gag is that this show has very little to do with Coretta Scott King or her husband Dr. Martin Luther King Jr. It’s not about the movement and what’s been won or what’s yet to be achieved. It’s about missing pieces. Things like a common purpose and leaders binding everybody together like glue.

A lot’s changed since 2006. Barack Obama replaced George W. Bush in the Oval Office, riding in on a wave of hope and change. He’s since been replaced by the overtly racist Donald Trump. In this time the spirit of protest has rekindled and movements like Black Lives Matter, the Fight for 15, and #TakeEmDown901, have restored at least some  lost momentum. That spirit was just beginning to smolder again to the moment of King's death, as America was slid into an era of endless war and rapidly expanding income equality. Long story short: There may be plenty left to learn and laugh over in Cleage’s script, but some if its complaints ring at least a little less true today than they might have, even a few years ago. That’s no knock, but something to consider in production design.

Speaking of ... Hattiloo’s flat, storybook set is a good-looking charmer, but maybe too much. It’s a shame, at any rate, that so very little of the designed space is ever really used by the actors. And even two weeks into the run, the show’s cast seemed less than confident with blocking and lines. Even the nicest individual performances were incomplete and the relationships never clicked. A Song For Coretta might clip along with all the quirk of an absurdist farce, but in this environment, it limps forward, wounded by an absence of crispness and clarity.

I didn’t think I liked A Song for Coretta till I sat down and wrestled with it for a while. But the more I struggled the more I came to regard it as a special little gem searching for the right setting and a whole lot of polish. Hattiloo solved one of these wants, but not the other.