What's the worst thing you've ever done for something you really wanted?

Chase Ring likes attention. Ring — currently lending his talents to Quark Theatre — made his marriage proposal onstage at Memphis' annual Theatre Awards, The Ostranders. He's one of the players in Philip Ridley's Radiant Vermin, opening at Theatre South this weekend, and he's quick to tell stories about the lengths he's been willing to go to for a little limelight — minor self-mutilation, skinny dipping in the Tony Garner memorial fountain in front of the McCoy Theatre at Rhodes College. None of it's really bad, but Ring's co-stars Michelle Gregory and Lena Wallace Black shrink a bit because, to hear them tell it, they've never broken the rules for any reason ever. Then, at length, another member of team Vermin makes a sheepish admission.

"I had a fake ID," she says. I won't say who engaged in this heinous criminal deceit, nor will I call out the other for fibbing to reporters about never veering from the straight-and-narrow because, as St. Augustine made plain in his Confessions, being a little bad can be its own reward. And once you get rolling it can be hard to hit the breaks.

We humans are infinitely adaptable creatures, all too willing to take risks, and subvert shame and conscious when the payoffs are suitably rewarding, and that's the most I want to say about this condition as it relates to Radiant Vermin.  Sometimes we cross the line for funsies — like a little skinny dip here and there or fudging our ages for access.

Sometimes there's a body count. Sometimes we're all implicated in the carnage.

I took the sound out of this video to enhance mystery and let users add their own soundtrack. Trust me, you'll want to.

Philip Ridley's Radiant Vermin is a comedy about a newlywed couple discovering the dream-home they've always wanted can be theirs, if they're willing to do what it takes. And what it takes is ...  a lot. 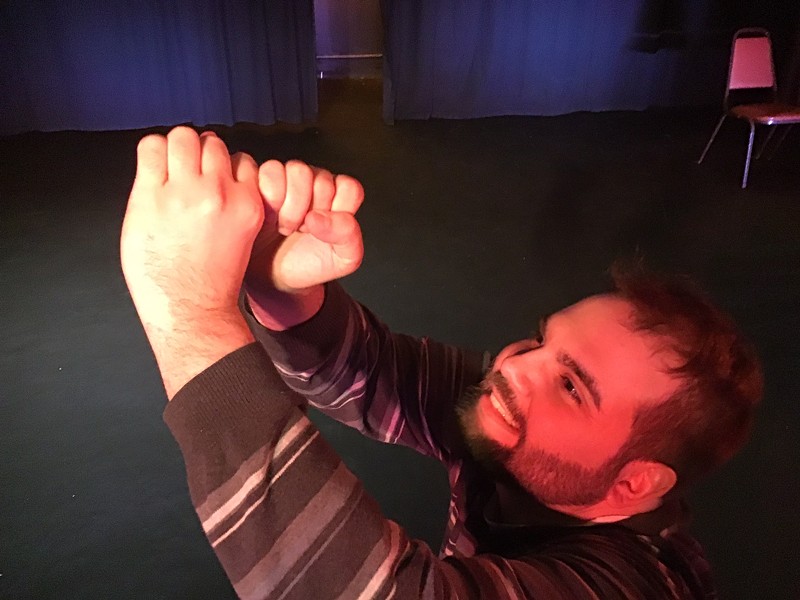 "I almost hate to say the word, but it's a very 'meta' kind of play," Director Tony Isbell says. "Some have compared it to a sketch show. It's not a naturalistic, at all, there's a performative element to everything they do, and it's funny."

Ridley's plays can be dark. The English visual artist and storyteller turned playwright pioneered what's been described as the "In-yer-face" style. Radiant Vermin marks a shift in tone for Ridley but the fast-paced morality-farce still gets in the audience's's face at least a little bit.

"His early stuff is funny but it can be dark-dark," Isbell says. "This is more dark-light."