Openings and a Closing On Stages This Weekend 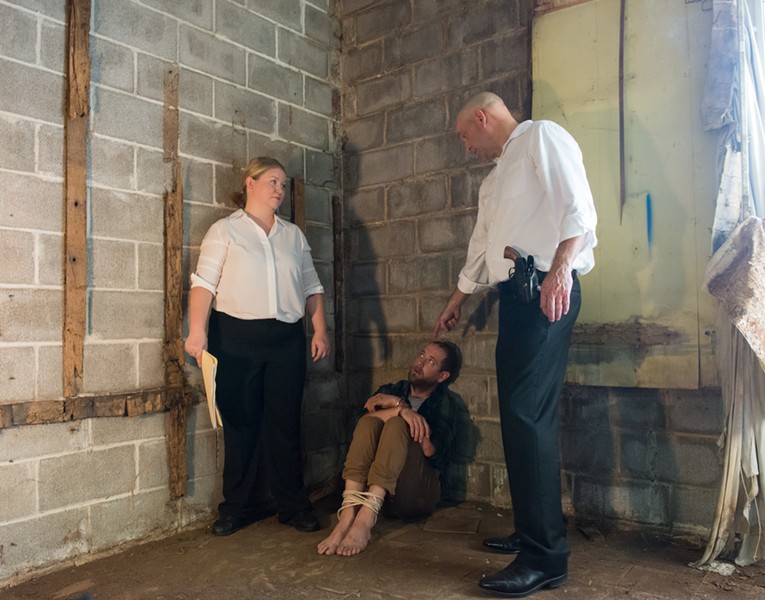 Opening Friday is New Moon Theatre's The Pillowman at TheatreWorks, a Kafkaesque and Halloween-appropriate look at a writer in a totalitarian state made to suffer for his art. New Moon always serves up something horrible for Halloween, and I mean that in a good way. Go, squirm, enjoy, and don't take the kids for cryin' out loud. Info is here.

Ballet Memphis opens its 33rd season in grand style with Romeo & Juliet as scored by Sergei Prokofiev and choreographed by the company's artistic director Steven McMahon who knows a thing or two about the production. He first choreographed R&J in 2011 and then revamped it for a 2015 production with a bigger cast. It's safe to say that you can't go wrong taking in this experience opening October 12th at Playhouse on the Square and running two weekends. More info here.

If you're hankering for even more balletic beauty, then get on over to Theatre Memphis which is staging the popular musical Cats from October 11th through November 3rd. It's an all-out production directed and choreographed by Jordan Nichols and Travis Bradley. The catnip for lovers of ballet will be to see Bradley performing with Crystal Brothers, both of whom danced together for years at Ballet Memphis. It promises to be a remarkable memory. Here's ticket info.

Closing October 13th at Hattiloo Theatre is a powerful production of Between Riverside and Crazy, the 2015 Pulitzer Prize-winner for drama by playwright Stephen Adly Guirgis. Hattiloo founder Ekundayo Bandele directed a cast led by veteran actor T.C. Sharpe as a sly, stubborn NYPD ex-cop who is desperate to hold onto his rent-stabilized apartment. He's disabled, has a longtime lawsuit going on, feels the end is near, and is bitter. But he has family and friends that he loves even when they all get crosswise with his muleheadedness. It's serious, hilarious, unpredictable, thoughtful, and thoroughly entertaining. Grab your tickets here.