Alvin Ailey Fires Memphis Up at the Orpheum 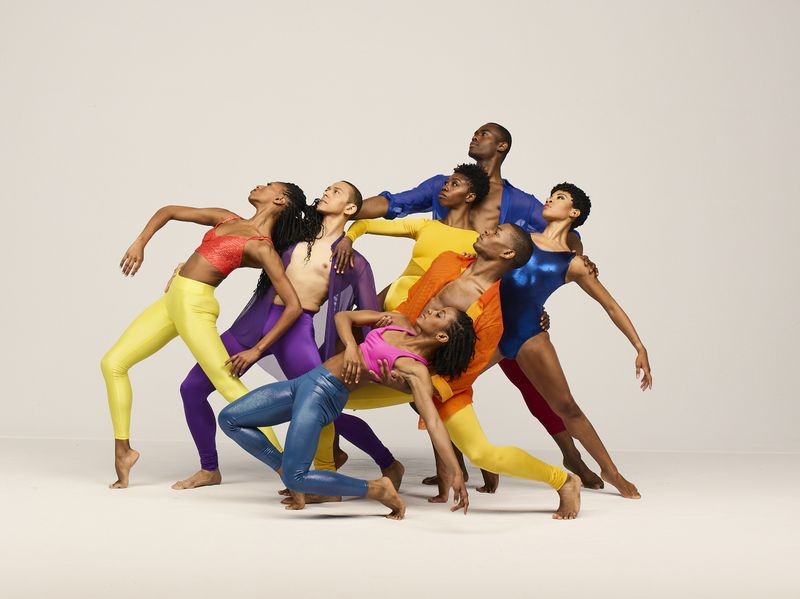 Last weekend's string of performances by The Alvin Ailey American Dance Theater at the Orpheum Theater revealed a lot about this city's enthusiasm for world-class modern dance. While the Orpheum regularly brings in high-caliber touring shows, it might be said that two hours of abstract movement could be a harder sell in cities away from the coasts. But that would be dead wrong. The chemistry between the audience and the dancers was palpable in these shows, lifting both to truly inspired heights.

From the beginning, the melding of music and pure movement revealed wide-reaching imaginations at work. As the strains of Bach's Trio Sonata No. 6 in G major played, a solitary dancer peppered her balletic movements with echoes of African dance, a tendency that only grew more pronounced as she was joined by others and the music morphed first to some swinging Mary Lou Williams and then on to the actual African sounds of Yao Ababio and Kofi Osei Williams.

A brief pause, and suddenly we were riding, with two virtuostic, acrobatic dancers, on the roller coaster of an Ella Fitzgerald scat. Only in a moment when Ella went down for some guttural growls did other dancers appear, a line of veritable Oompa-Loompas marching through in a line as if to emphasize the singer's stark melodic lines; and they never showed again: in that moment, the inspiration was pure, graphic whimsy.

That mood shifted yet again in the powerful “Ode,” which just debuted last October, and was described as “a flower on the graves of the innocent victims of gun violence and a meditation on the beauty and fragility of life.” To music (jazz great Don Pullen’s “Suite (Sweet) Malcolm (Part 1, Memories and Gunshots)”) alternately tortured and angular, then full of flowing chords reminiscent of Debussy, six men twisted through a painful journey, only to end as it began, with one of them lying prone, the others bent over him in a tableau.

Throughout, the sets were sparse, yet effective: a splash of light suggesting noirish Venetian blinds, a simple illuminated circle and subtle shades of color, a river suggested by two narrow sheets of fabric, stretched taut across the stage. Using the simplest effects, and uncomplicated costumes, a universe was suggested for each piece. Inevitably, the finales brought a roar of applause and appreciative hoots of enthusiasm from the nearly full house. “Yes!” Memphis seemed to be saying, “Yes to these meditations embodied by some of the world's strongest and most expressive dancers.”

The grand finale, of course, was the latest iteration of the Ailey classic, “Revelations.” First performed in 1960, the piece has lost none of its power, especially in a city like Memphis, so steeped in the ecstatic services of African-American churches. And though the piece has been centered on the same collection of African-American spirituals, song-sermons, gospel songs, and holy blues as ever, the versions used today create a perfect musical balance between pristine recordings of voices and drums alike, and the inherent grit and groove of songs created before recordings were even possible.

By the end, the dancers could barely rest from the audience's demand for encore bows, ultimately reprising a bit of the last piece in exultant joy. It was a passionate reminder of the aesthetic heights that can be reached by this most visionary and venturesome of American dance institutions.