The Envelope Please: The Ostranders Must Go On

The annual celebration of Memphis theater was Indecent several times, had lots of Cats, savored Jelly’s Last Jam, and though it had no direct Shakespeare, it made much ado over the Book of Will.


The 37th Ostrander Awards Sunday evening was like no other. That’s not hype, it’s just fact, thanks to 2020 being, well, 2020. The annual event was virtual, with attendees watching on Facebook or YouTube. Theater people were not crowding into the Orpheum Sunday evening, not thrilling to one energetic musical production number after another, not casting admiring/envious glances at gasp-worthy fashions and not participating in multiple toasts. Presumably some of that went on anyway, but with much diminished clusters and, one prays, appropriate social distancing.

Furthermore, there was not the usual quantity of productions to judge since the coronovirus shut down all stages mid-March, truncating seasons everywhere that would usually have run into the summer.


But the shows that did go on gave much to applaud, and the Ostrander Award judges gave particular love to Cats from Theatre Memphis (TM) with six awards, Indecent from Circuit Playhouse (CP) with five, and Jelly’s Last Jam from Hattiloo with four. Playhouse on the Square (POTS) earned three each for Book of Will and the musical Memphis.


Also winning were TM’s Next Stage (Next) with two awards for A Few Good Men, Germantown Community Theatre’s (GCT) double for Next to Normal, Hattiloo’s two for Eclipse, and single awards for Mamma Mia! at TM and On Golden Pond at POTS.


In the Collegiate Division, seven awards went to Hissifit at the McCoy Theatre at Rhodes College (Rhodes), four plaques to Inherit the Wind at the University of Memphis (U of M), and four awards to Raisin in the Sun at Southwest Tennessee Community College (SWTCC).

Dennis Whitehead Darling won the Ostrander for direction of a musical for 2019’s Jelly’s Last Jam, his third directing honor in two years. This time last year, he picked up two awards for directing, one in the community division, one in collegiate.


Winning for best direction of a drama was Dave Landis for helming Indecent. Supplementing that was a special award given this year for Seamless Integration of Direction, Choreography, and Music Direction. That went to the trio of Dave Landis, Daniel Stuart Nelson, and Tammy Holt for Indecent at Circuit Playhouse. 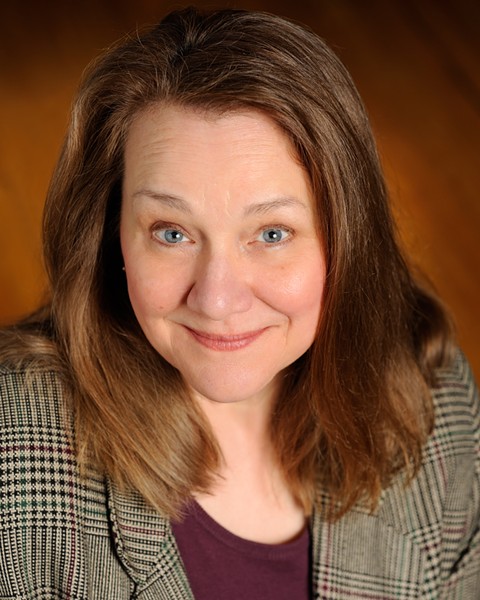 Ann Marie Hall was this year’s recipient of the Eugart Yerian Lifetime Achievement Award. Hall got her start in theater in grade school when she was a frequent visitor to the principal’s office for talking too much and doing impressions from TV shows. The solution came when she got into a play in the eighth grade. “I realized I could be really silly and people would laugh at me and I wouldn't get in trouble,” she recently told Memphis magazine. Her devotion to the stage never stopped after that and she’s become, in her words, “the consummate community actor.”


Sunday’s event, despite being forced to be virtual, was pulled off with considerable energy as Elizabeth Perkins, Ostranders program director, determined several weeks ago that the show would go on, pandemic or no. Up until the end of June, the hope was to have it old style at the Orpheum, but when it became evident that was a no-go, it was decided to have it online and celebrate the truncated season with virtual gusto.

Here are the winners of the 2020 Ostrander Awards:

‘Art & Soul’: The Two Burtons Delve Into Faith and Life

Movie Music! Memphis Musicians are Getting their Songs in Films and TV Shows
Top Stories