With his name (and nickname) on the building facade above him, Anfernee "Penny" Hardaway took a very small pair of scissors (blue handles) and, along with University of Memphis president Shirley Raines, cut a ribbon (also blue) to mark the official opening of the U of M's spanking new Hall of Fame.

Built in less than two years (thanks largely to a $1 million donation from Hardaway), the Hall of Fame will now greet Tiger fans on their way to the adjacent ticket office with trophies, jerseys, and memorabilia across the years — and across sports — from the school's almost-100-year history. A wall in the back of the facility honors every member of the M Club Hall of Fame with plaques devoted to each year's honorees.

A newspaper headline and the game-worn jersey of Chris Powers from some football game the Tigers won on November 9, 1996. 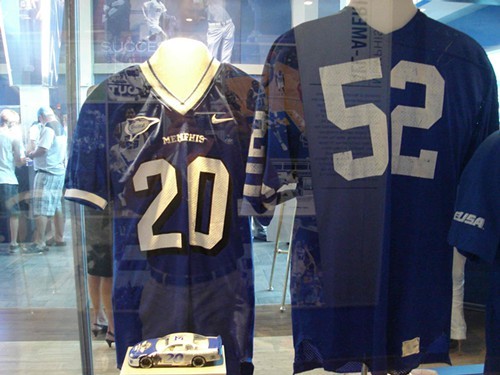 Game-worn jerseys from a pair of football All-Americas: DeAngelo Williams and Bob Rush. 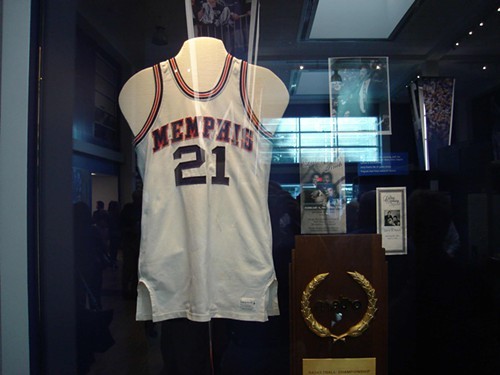 Game-worn jersey from the greatest Tiger of them all, Larry Finch.