• Last season, playing for one of the worst defenses in the country, Jamon Hughes emerged as a star. Consider how well a linebacker must play to earn first-team all-conference honors for a team that allows an average of 39.8 points per game. Years from now, will Tiger fans remember Hughes and his 147 tackles (the most by a Tiger in 30 years)? The sad truth is that rare jewels from 1-11 seasons tend to gather dust.

Be sure and watch Akeem Davis over the next two months. Listed on the depth chart as a linebacker but built like a safety (6-1, 200), the junior from Laurel, Mississippi, appears to be this season’s Jamon Hughes. Through four games, Davis leads Memphis with 26 unassisted tackles and is second to Terrence Thomas in total tackles (34). Against SMU last Saturday, Davis forced a fumble, recovered two fumbles, and intercepted a pass by Mustang quarterback J.J. McDermott. In many respects, Davis may personify this year’s Tiger defense: undersized, with his primary talents being heart and effort. 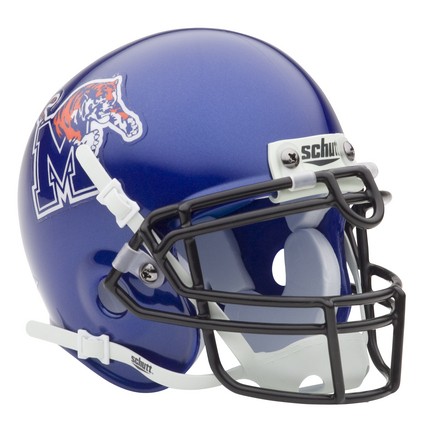 • Where does a team that has suffered three blowouts focus on improvement? Larry Porter would do well to look at his offensive line. Since rushing for 164 yards in the opener against Mississippi State, Memphis has averaged 60 yards over the last three games, including a woeful -14 against SMU. While quarterback Taylor Reed wasn’t sacked against Austin Peay, he went down five times against Arkansas State and four times last Saturday. Porter uncharacteristically singled out freshman center Monte Golden for his struggles against the Mustang pass rush. Golden was forced into duty after injuries to the Tigers’ top two centers.

Whether or not first-string center A.J. Antonescu is back in the lineup Saturday (or second-stringer Chris Schuetz), Memphis has an inexperienced offensive line, with senior Ron Leary (at left tackle) the only true veteran. As dreadful as the first month of the season has been for the Tigers on the scoreboard, the rest of the season could be just as ugly without improvement from this unit.

• The Tigers face Middle Tennessee this Saturday. Rest assured, the Blue Raiders know they were the only team to lose to Memphis last season. Needless to say, this is not a regional gimme (Middle won the two previous meetings with the Tigers since the series was renewed in 2007). The Blue Raiders are near the bottom of the Sun Belt in total defense (498.3 yards per game) but near the top in total offense (461.3). They were blown out by Georgia Tech, but lost by three points on the road to Purdue and Troy.

It’s a state of where the Tiger program currently sits, but this is a big game. A win would ensure improvement over last season’s 1-11 finish. A win would create the opportunity for Memphis to even its record on October 8th at Rice. And, of course, a win would be the team’s first over a Football Bowl Subdivision team. Huge game.