Three years into the Josh Pastner era at the University of Memphis and the win totals are healthy and creeping steadily upward: 24 in 2009-10, 25 his second season at the helm, and 26 this season. Back-to-back Conference USA tournament titles and a regular-season crown this winter. So why so many clouds darkening above Tiger Nation? Why the sorrow in some corners, anger in others?

Love him or loathe him, John Calipari took the Tiger basketball program to heights an adoring fan base had not seen (or expected). Over his last four seasons in Memphis, Calipari coached the Tigers to 13 wins in the NCAA tournament (counting the five from 2008 since wiped from the books by the governing body). That number, folks, is silly, a run that only the likes of North Carolina, Kansas, and Duke might consider a realistic barometer for a program’s success. 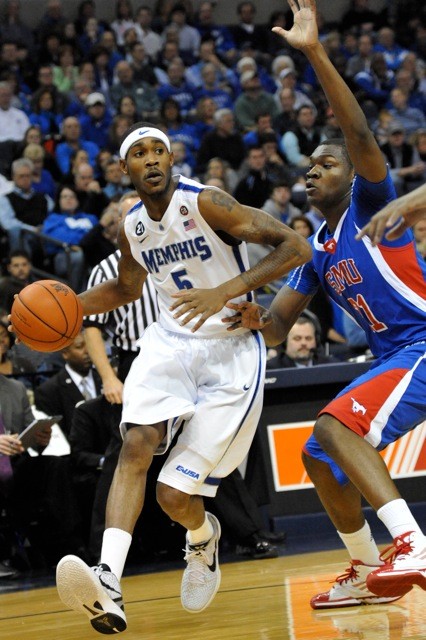 But the Cal Standard lingers in these parts. So for Josh Pastner to have three seasons under his belt without a solitary NCAA tournament win . . . well, the clouds are gathering. Those C-USA trophies make good doorstops.

Is there reason for concern? Let’s examine the state of Memphis basketball in the context of two Pastner mantras, one of them quite wise, the other not so much.

Think the Tiger program is in a dark place now? Let’s look back at the three seasons that followed the departure of another coaching icon — Larry Finch — in 1997. Under Tic Price and interim coach (for one year) Johnny Jones, Memphis won a total of 45 games, with nary an appearance in the NCAA tournament. Seventeen wins in 1997-98 was the peak of this dreary “era.”

Since Calipari’s arrival before the 2000-01 season, 20-win seasons have come to be a part of the script, the baseline for consideration of what a Tiger team might accomplish. Thus we have Pastner with 75 wins in three seasons and staring down disappointment.

It was easy to snicker when, as a first-year coach, Pastner opened one press conference after another by emphasizing, “Winning is hard.” This after beating East Carolina by 20, or Rice by 12. But he saw what so many Tiger faithful had forgotten: it’s much easier to slip from heights than it is to reach them. 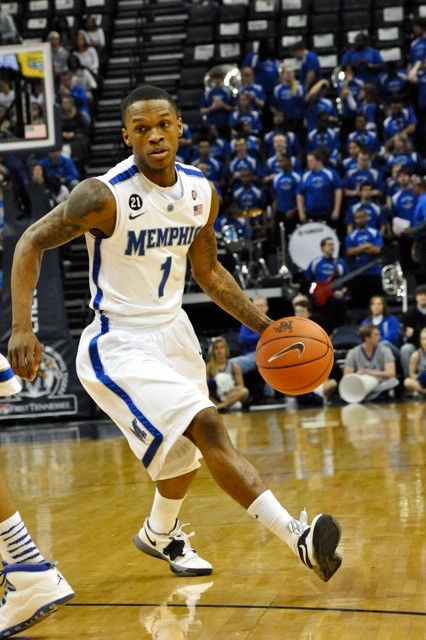 Last Friday in Columbus, the Tigers ran into a style of play they weren’t capable of handling. Saint Louis played risk-free basketball on both ends, which forced the Tigers to reach desperately — and, too often, individually — for openings through which a run might be started. The Tigers picked up only four assists on 21 made field goals, their lowest such total of the season. (Remarkably, Saint Louis only had seven assists on the same number of converted baskets.) Memphis missed 13 of 15 attempts from behind the three-point arc. Saint Louis made five, including two desperation heaves by Kwamain Mitchell. There’s your difference. It’s the nature of the Big Dance. One slip and your season’s over. Winning . . . is . . . hard.

“Conference USA is a good league.”

C-USA is a dreadful league. And getting worse. Two of the best teams in the conference this season — Marshall and UCF — were summarily dismissed in the first round . . . of the NIT. Southern Miss somehow maintained a top-20 RPI ranking all season, then got tossed from the Big Dance by Kansas State, a team that finished fifth in the Big 12.

I’m guilty — like Pastner — of getting too close to the trees with C-USA, seeing a solid UAB team here, a decent UTEP team there, and calling the league under-rated. Pull back and look at the forest, though, and you see a lot of wilting, rotting brush. Consider this: Since Louisville, Cincinnati, and Marquette departed for the Big East after the 2004-05 season, not a single C-USA team other than Memphis has won an NCAA tournament game. It’s a mind-blowing statistic. 237 opening-round games have been played since the 2006 tournament, and exactly four of them have been won by C-USA teams (all coached by John Calipari).

So was the Tigers’ run of 20 wins in 23 games since Christmas over-inflated due to middling competition? A thousand times yes. The case can be made that Memphis was fortunate to be in the top half of the West regional bracket. They beat Belmont. They beat Xavier. With no other wins worthy of flag-waving.

All this changes, of course, with the move to the Big East for the 2013-14 season. The harder the grindstone, the sharper the ax. USF lost 13 games this season and destroyed a Pac 12 team (Cal) that went 24-9. Marquette lost seven games but still received a 3 seed and beat a Murray State team that had gone 31-1. The Tigers will likely win their C-USA farewell tour next season. Alas, they’ll likely be softened prey come the 2013 NCAA tournament.

There remains much to anticipate over what will be a long off-season for Memphis fans. Best-case scenario, Will Barton and Adonis Thomas return and you have essentially the same team for 2012-13, with Wesley Witherspoon replaced by a McDonald’s All-American, Shaq Goodwin. Worst-case, Barton and Thomas enter the draft and next season is anchored by three junior stars — Joe Jackson, Chris Crawford, and Tarik Black — with Goodwin taking on a larger role and more minutes. The latter scenario, mark this down, will be good enough to win Conference USA.

There will be emptiness for Tiger fans when this weekend’s Sweet 16 is played. Four straight appearances in the tournament’s second weekend are still dancing prominently in this community’s collective memory. If it’s really about the journey, though, faith should be retained. Memphis will get back. And the taste will be that much sweeter.